We love our students! Learn more about them in this video and in the write-ups below. 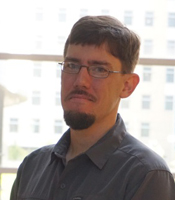 Phillip Dexheimer started his career programming submarine piloting and navigation simulators for the US Navy. After moving inland, he found a short-term job at the Vanderbilt University Microarray Core and quickly discovered the wild world of genomic analysis. He moved to Cincinnati in 2011, where he's responsible for developing and implementing analysis pipelines for a fairly mind-boggling variety of genomic data. 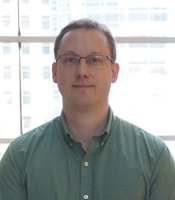 Guillaume Labilloy graduated in France with a dual master degree in electronic and computing engineering with a specialization in image analysis. Guillaume moved to the US in 2011 to attend Carnegie Mellon University. After graduating in 2013 with a MS in business administration and software technologies, he developed bioinformatic applications for the University of Pittsburgh and joined CCHMC in November 2014. 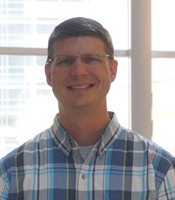 Todd Lingren has been an Application Developer with Cincinnati Children's Division of Biomedical Informatics since 2012. He specializes in natural language processing and clinical informatics. He holds masters in linguistics and computational linguistics. Past projects include autism phenotyping for the national eMERGE consortium, adverse drug reaction detection in clinical oncology notes, and crowdsourcing gold standards for a named entity recognition system. His dissertation research is studying social determinants of health in the electronic medical records of foster children. 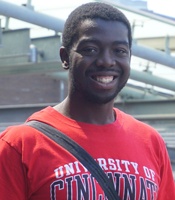 AJ Adejare received his Master's in Biomedical Engineering from Rutgers University. He chose to pursue Biomedical Informatics in order to have a more direct link to patient care. He hopes to make an impact through better data and software integration and to help clinicians predict trends and improve patient health overall. 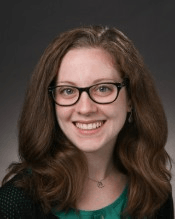 Erica DePasquale received a Master of Science in Microbiology and Immunology from Wright State University. She then worked as a research assistant in the McCullumsmith laboratory at the University of Cincinnati before pursuing a PhD in Biomedical Informatics. Her research interests include further development of AltAnalyze and analysis of single-cell RNA-seq data, with a focus on tools development, in the laboratory of her advisor Dr. Nathan Salomonis. 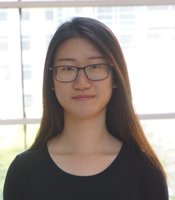 Lei Liu received her Bachelor of Engineering in Bioinformatics from Tongji University in Shanghai, China. During her undergraduate years, she helped develop a drug screening web server and investigated pathological and molecular mechanisms of various diseases. She looks forward to continuing her education while participating in further research. 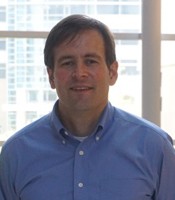 Jim Reigle received a Master of Science in Physical Chemistry from Northwestern University. He worked in IT for more than 10 years, expanding his skills as a technician, manager, and programmer. He wants to pursue a degree in Biomedical Informatics to combine his love of chemistry and computer programming. 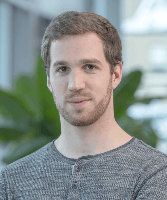 PJ Van Camp graduated from the University of Leuven as a medical doctor in 2014. Taking a hiatus from his residency in pediatric medicine, PJ joined the Biomedical Informatics program to learn more about development and applications of machine learning in both research and clinical setting. By building expertise in medicine and biomedical informatics, his goal is to serve as a bridge between research in both fields. 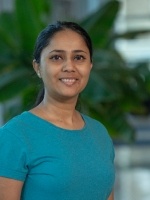 Smruti Deoghare received her Masters degree in Evolutionary Biology from the University of Bath, UK after her double major in Biochemistry and Zoology from University of Mumbai. She has worked in a few research labs across the world, including in Canada, and enjoyed her experience with bioinformatics. She is currently a second-year student in an imaging and machine learning lab and her current research work explores pattern recognition in pediatric medical images using machine learning and deep learning. Smruti wishes to use tools of bioinformatics and her understanding of biology to contribute to medical research that will help improve human life, especially that of children. 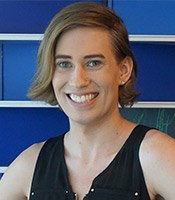 Clair Kronk received her Bachelor of Science in Bioinformatics at the University of Pittsburgh with minors in chemistry, theatre arts, and neuroscience and a certificate in German language studies. She has previously performed research as a Repperger Scholar at Wright-Patterson Air Force Base and a DAAD Scholar at the Max-Planck-Institute for Developmental Biology. 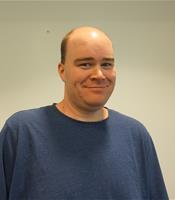 Mike Lape received a BS in biochemistry and a BS in computer science from Northern Kentucky University. During his time as an undergraduate he contributed to multiple research projects that leveraged computational power to enhance the natural sciences. Since graduating, he has been working in IT expanding his computational skill set. He has joined the Biomedical Informatics program to return to the interface of medicine and information technology. 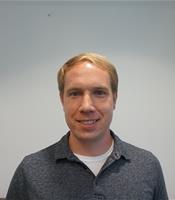 Thomas Maloney's scientific interests lie at the intersection of mathematics, medicine and technology. He received his Masters and Bachelor degrees in physics from the University of Cincinnati. His career in the medical field began with his Masters degree thesis, in which he implemented a MEG reconstruction algorithm. He then took a year long internship with Dr. Hugh Hawkins, a prominent radiologist, where he learned about radiology and shadowed physicians in both clinical and surgical settings. Since 2010, he has been with the Pediatric Neuroimaging Research Consortium at Cincinnati Children's Hospital Medical Center where he works to understand the function and development of the human brain. He currently specializes in anatomical and functional MRI data analysis and has additional experience with DTI and EEG. He is an expert programmer in multiple languages, including Bash, Python and Swift. With a PhD in Biomedical Informatics, he hopes to leverage the growing number of imaging datasets, along with advances in machine learning and computation, to make new insights and discoveries and to bridge multiple fields, such as imaging and genetics, to find new cures and biomarkers for human diseases. 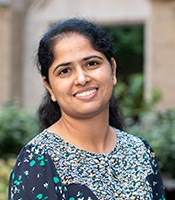 Kiran specializes in research on metabolomics and is interested in mass spectrometry; she holds two Master’s degrees— one in Bioinformatics from Guru Nanak Dev University, and the second in Biochemistry and Molecular Biology from Georgetown University. 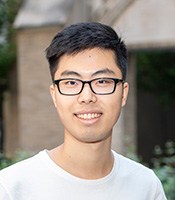 Kang’s research experience is in both developmental biology and biomedical informatics; he recently wrapped up his Bachelor of Science in Biological Science from Zhejiang University in China, where he has won several honors and awards, including the China National Award and the Zhejiang Provincial Government Scholarship. 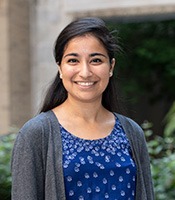 Khyati graduated with her Bachelor’s in Bioinformatics from Loyola University of Chicago and obtained her Master’s in Biochemistry and Molecular Biology from Georgetown University (Bioinformatics Track); her research experience involves proteomics and metabolomics. 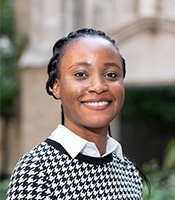 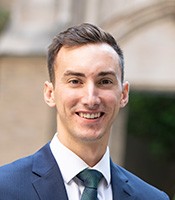 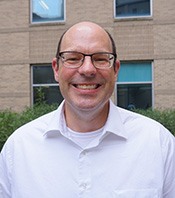 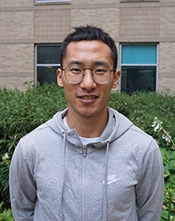 Guangyuan (Frank) received his Bachelor of Science in Biology from Wuhan University. He is interested in studying the mechanisms underlying the human immune system by adopting systemic approaches and bioinformatics analyses. He is also very open to exploring other biomedical issues and studying them in a holistic way. 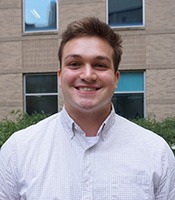 Ethan received his Bachelor of Science in Biological Sciences from Northern Kentucky University. His research interests include pharmacogenomics, precision medicine, pharmacology (specifically pharmacokinetic and pharmacodynamic modeling and simulation), and psychiatry. 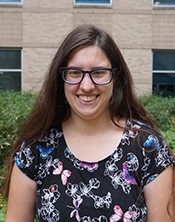