About / Daniel Drake Medal / About the Medal

About the Daniel Drake Medal

In 1985, the University of Cincinnati College of Medicine celebrated the 200th anniversary of the birth of its founder, pioneering physician Daniel Drake.

As part of that celebration, the college created a new award—the Daniel Drake Medal—to honor its distinguished living faculty and alumni.

Nominations for the Daniel Drake Medal are based on outstanding or unique contributions to medical education, scholarship or research.

Considered the highest honor awarded by the College of Medicine, the Daniel Drake Medals are awarded at the college’s Honors Day (graduation) ceremony in May.

Two awards are given annually. Nominees for one will be evaluated on the basis of outstanding achievements in biomedical science as evidenced by major significant contributions to medical research. Nominees for the other will represent a distinguished career as a clinician-teacher. 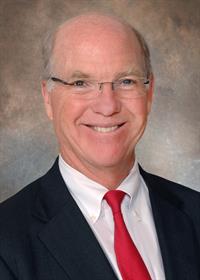 William Barrett, MD, holds the Charles M. Barrett, MD, Endowed Chair in Radiation Oncology and is professor and chair of the Department of Radiation Oncology. He also is the co-director of the UC Cancer Center. Dr. Barrett has led the Department of Radiation Oncology since its founding in 2008 and was director of the UC Cancer Institute from 2014 until 2020. Barrett has been praised for his absolute commitment and loyalty to his colleagues, to the College of Medicine, and his compassionate approach to his patients. He is known as the consummate physician, and an inspiring educator and role model whose dedication, integrity and compassion makes him an example of excellence. Dr. Barrett’s work with the community in promoting cancer care and prevention has earned him enormous respect and trust, and his efforts have raised the organizational structure and quality of UC cancer programs. Dr. Barrett received his medical degree from the College of Medicine in 1987. He completed postgraduate training at UC and a brachytherapy fellowship at Memorial Sloan-Kettering Cancer Center followed by his appointment to the UC faculty in 1992. Dr. Barrett and his father, Charles Barrett, MD, are the first father and son to both receive Drake Medals. 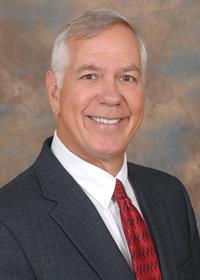 W. Brian Gibler, MD, has been a Department of Emergency Medicine faculty member since 1989, serving as chair from 1995 until 2010. His research in the early diagnosis and treatment of acute coronary syndromes (ACS) has been internationally recognized and changed emergency practice. Through groundbreaking funded research on the utilization of cardiac serum biomarkers, cardiac imaging studies, and graded exercise testing in short stay Emergency Department protocols, the evaluation, and treatment of emergency patients with chest pain and ACS have evolved and improved significantly. Dr. Gibler’s research has led to more rapid identification, early treatment, and improved outcomes for emergency patients across the world. While on faculty at Vanderbilt University, he founded in 1989 and serves as the chair of the Emergency Medicine Cardiac Research and Education Group (EMCREG) – International. In recognition of his research in emergency cardiac care, Dr. Gibler was elected a fellow of the American College of Cardiology in 2010, the first emergency physician so recognized. He received the Chest Pain Society Ray Bahr Leadership Award (2008) and the Outstanding Contribution to Research Award from the American College of Emergency Physicians (1995). Dr. Gibler received his medical degree in 1981 from the Vanderbilt University School of Medicine, and completed his emergency medicine residency at UC in 1986, serving as chief resident. Dr. Gibler served as president and CEO of the University of Cincinnati Medical Center from 2010 through 2013. 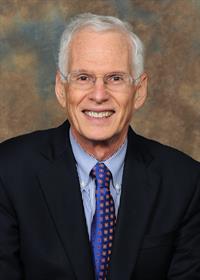 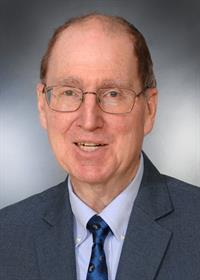 Alan Jobe, MD, PhD, has been a thought leader in neonatology survival and quality of life for preterm infants worldwide through his research on pulmonary maturation, the physiology and biochemistry of surfactant, and the hormones and infectious diseases that influence pulmonary maturation in preterm infants. He was among the first to define the biochemical, molecular and physiologic mechanisms of surfactant in the developing lung which led to the application of surfactant as a therapy for preterm infants. Dr. Jobe also developed the novel concepts underlying the pathogenesis of bronchopulmonary dysplasia, a chronic lung disease of prematurity and his pulmonary research led to the safe use of antenatal glucocorticoids for the prevention of respiratory distress syndrome. Dr. Jobe received his medical and doctorate degrees in 1973 from the University of California, San Diego. He served on the faculty of the University of California, Los Angeles David Geffen School of Medicine from 1977 until 1997. He has been a member of the UC College of Medicine faculty since in 1997. Dr. Jobe also consults for the Bill & Melinda Gates Foundation for maternal-fetal mortality. 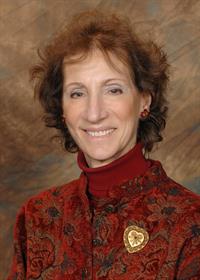 Laura Wexler, MD, served from 2001 until 2011 as Senior Associate Dean of Student Affairs and Admissions at the UC College of Medicine, making numerous significant changes to student services and the admissions process. She instituted a new and innovative program for student mental health services and academic assistance for students. In 2008, she led UC to become the first U.S. medical school to adopt the Multiple Mini Interview system, a more holistic approach for medical student selection emphasizing humanistic skills and qualities. Dr. Wexler also served for 11 years as Cardiology Section Chief at the Cincinnati Veterans Affairs Medical Center, instituting many changes to improve access to specialty care and enhancing the cardiology fellowship and residency training programs. Dr. Wexler received her medical degree in 1971 from Washington University School of Medicine in St. Louis. She completed residency training with Harvard Medical School at Boston City Hospital and a cardiology fellowship at the Massachusetts General Hospital. After serving on the faculty at Boston University School of Medicine, Dr. Wexler joined the UC College of Medicine faculty in 1987.