Purpose: The purpose of this study was to develop a non-invasive, pre-clinical marker of osteoarthritis using miniature accelerometers in groups of patients clinically diagnosed as osteoarthritis (OA) and healthy normal subjects, and subjects with symptoms of OA but not clinically confirmed. 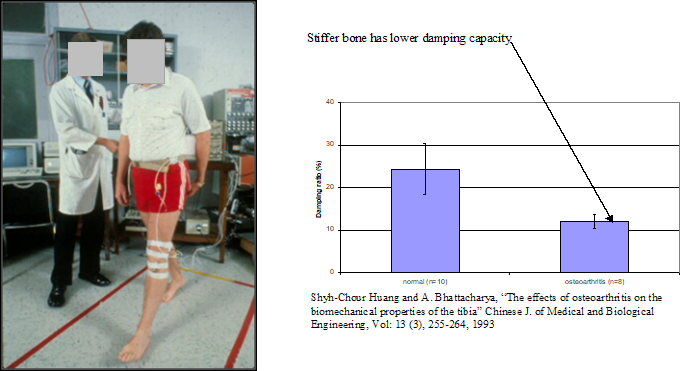 Purpose: This study was designed to develop and test a novel, non-invasive (without ionizing radiation) bone vibration-based screening tool for measuring mechanical properties of bones among women suffering from post-menopausal osteoporosis. The goal is to use this tool for predicting fractures in osteoporosis patients. 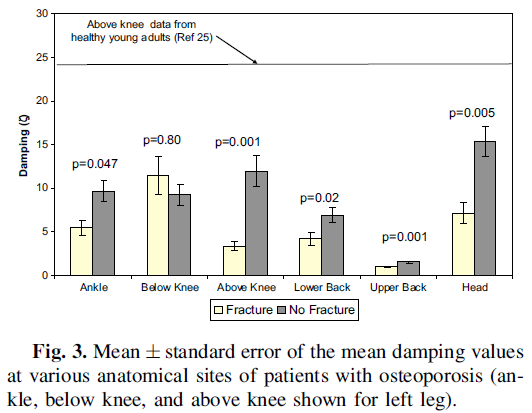 Purpose: We evaluated functional measures of neuromuscular integrity and bone’s resistance to fracture as a combined tool in discriminating osteoporosis patients with and without fractures. Functional aspects of neuromuscular integrity were quantified with a noninvasive measure of static and dynamic functional postural stability (FPS) and fracture resistance was obtained with bone shock absorption in patients with osteoporosis aged 65-85. We compared our measures with dual-energy X-ray absorptiometry and Fracture Risk Assessment Tool (FRAX [World Health Organization Collaborating Center for Metabolic Bone Diseases, Sheffield, UK]) in women with osteoporosis, some with and some without vertebral fractures. 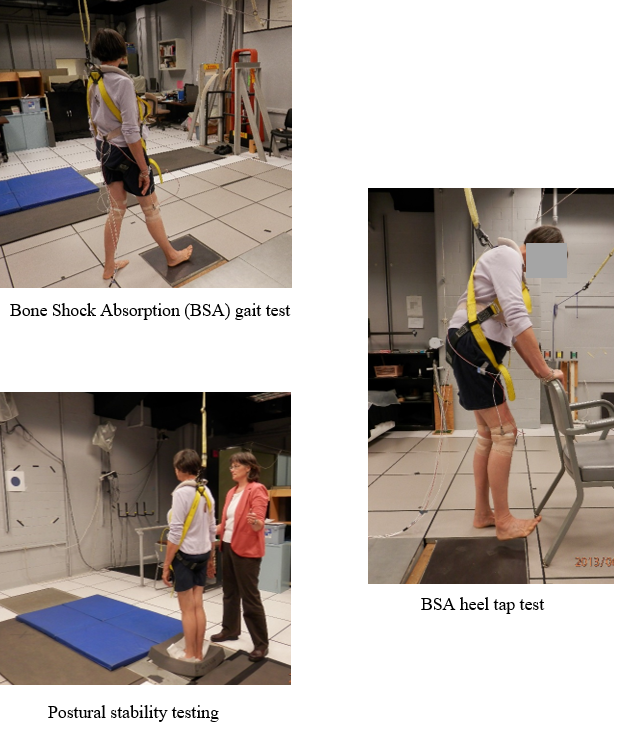 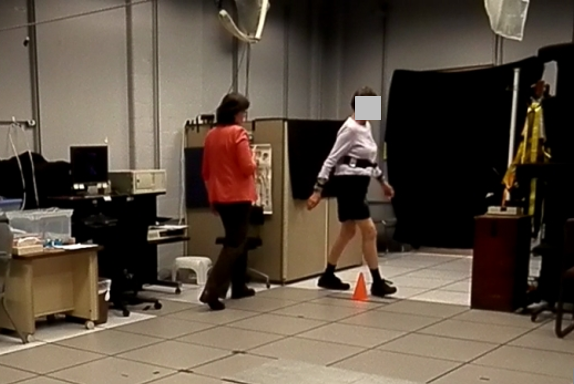 Instrumented Timed Up and Go test 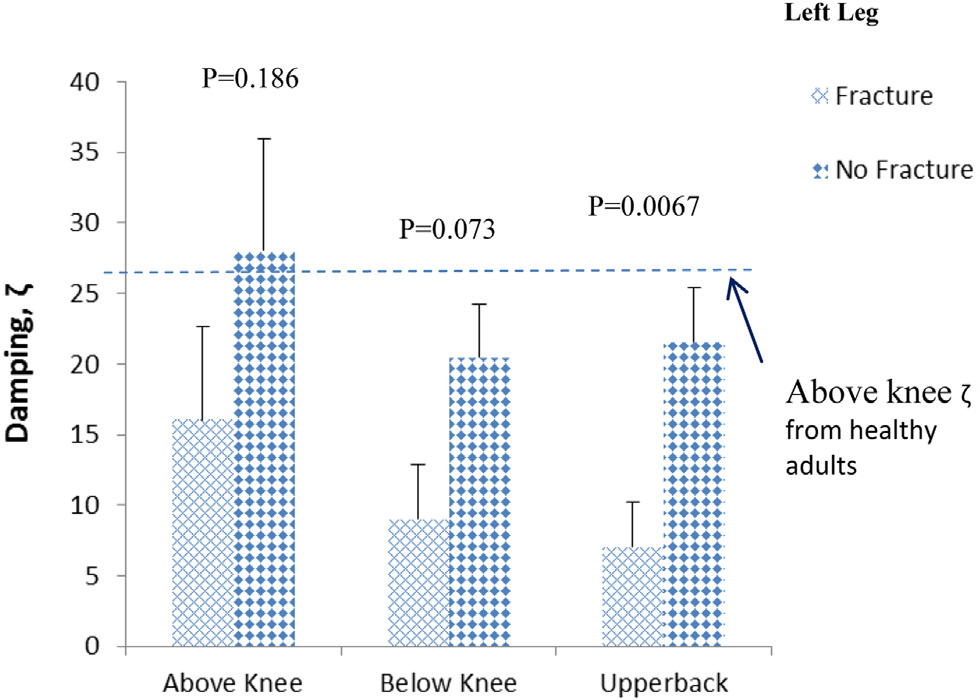 Fig. Mean ± standard error of the mean damping values at various anatomical sites of patients with osteoporosis (with and without fracture) for left leg.

Purpose: A series of research studies were conducted to investigate the effect of dopaminergic medication and/or deep brain stimulation (DBS) on postural balance, gait, and Parkinson’s disease symptoms. 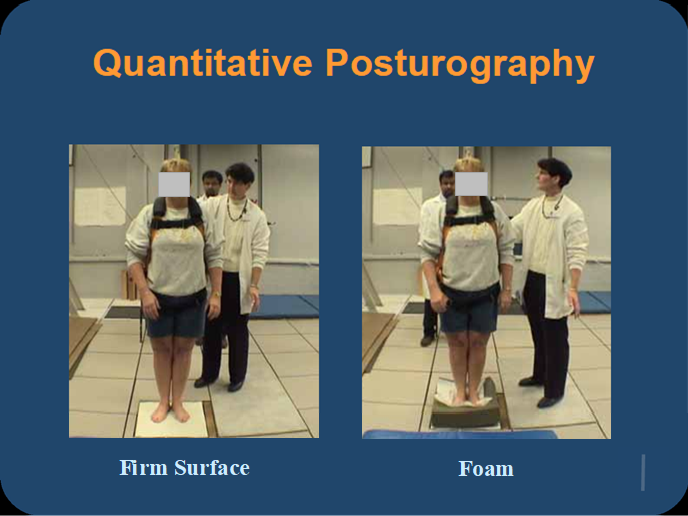 Measuring the effect of deep brain stimulation on postural stability. 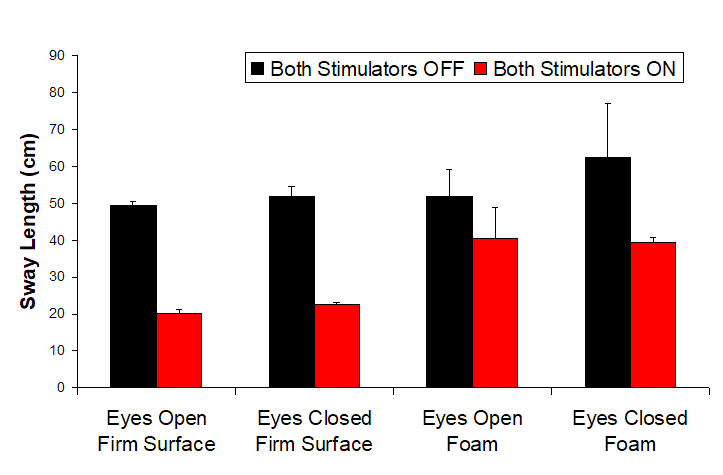