The Cincinnati Lead Study:  Sub-clinical Markers of Neurotoxicity in Children Exposed to Lead (1979-2020)

Purpose: The Cincinnati Lead Study (CLS) is a prospective longitudinal examination of the effects of low to moderate prenatal and postnatal lead exposure on the health and development of urban inner-city infants, children, adolescents and adults.  The CLS was initiated in 1979 by researchers and clinicians at the University of Cincinnati College of Medicine and the Cincinnati Children’s Hospital Medical Center.  The study was designed to examine the impact of low to moderate lead exposure on children’s health, with a special emphasis on the developing nervous system.  Subjects were recruited prenatally from urban, inner-city areas of Cincinnati where there has been historically a high incidence of lead poisoning. The principal source of exposure in this cohort was lead paint residues in dust and soil.  The CLS is the longest, continuously active prospective study of lead exposure and child development in the world.  Since its inception, the CLS has collected data on lead exposure (blood lead concentrations), neurobehavioral and neuromotor outcomes, child health, nutrition, environmental nurture, and sociodemographic variables on a quarterly to yearly basis from the first trimester of pregnancy to adulthood.  The study has been funded for the last 40 years through grants from the National Institute of Environmental Health Sciences (NIEHS) and the United States Environmental Protection Agency (USEPA).  Studies generated by CLS investigators have contributed substantially to USEPA, United States Centers for Disease Control (USCDC), and World Health Organization (WHO) regulatory and clinical care policies with respect to the prevention of environmental lead exposure and the medical management of lead-exposed children.

From National Geographic: Finally, the end of leaded gas

09/1/2021 - After decades of international pressure by a UN group, leaded gasoline is no longer being produced. 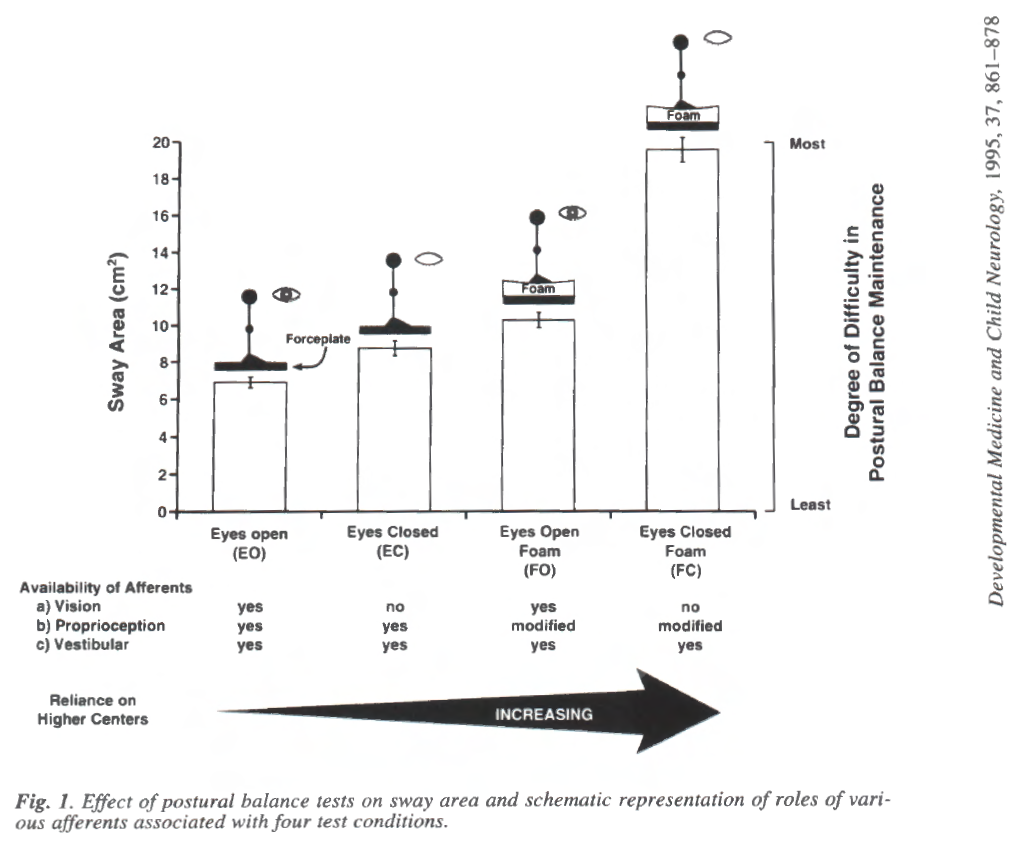 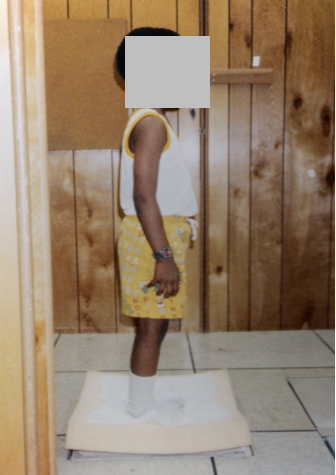 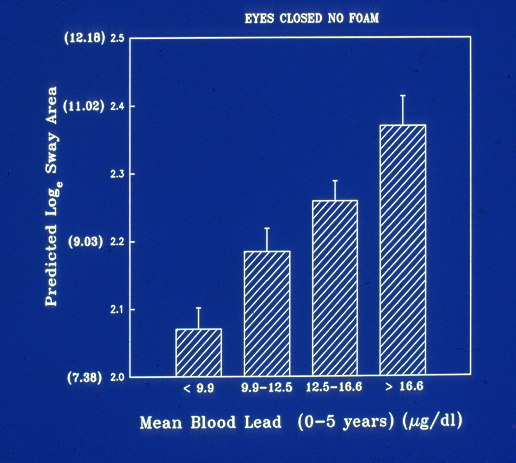 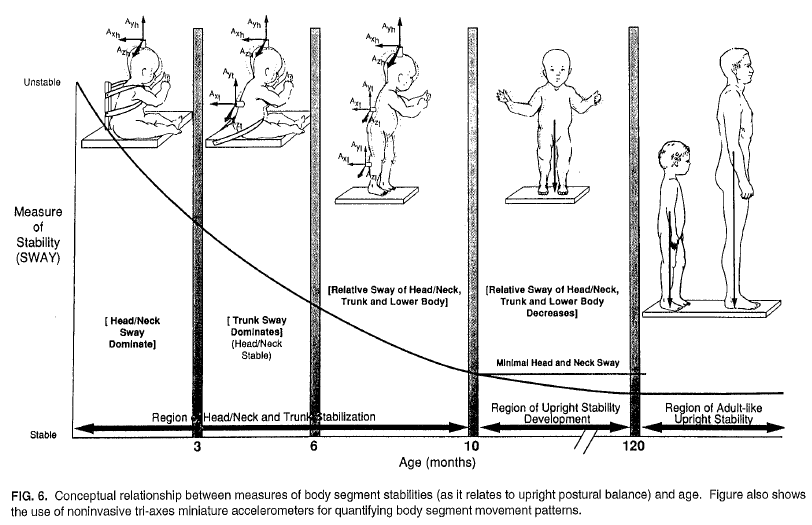 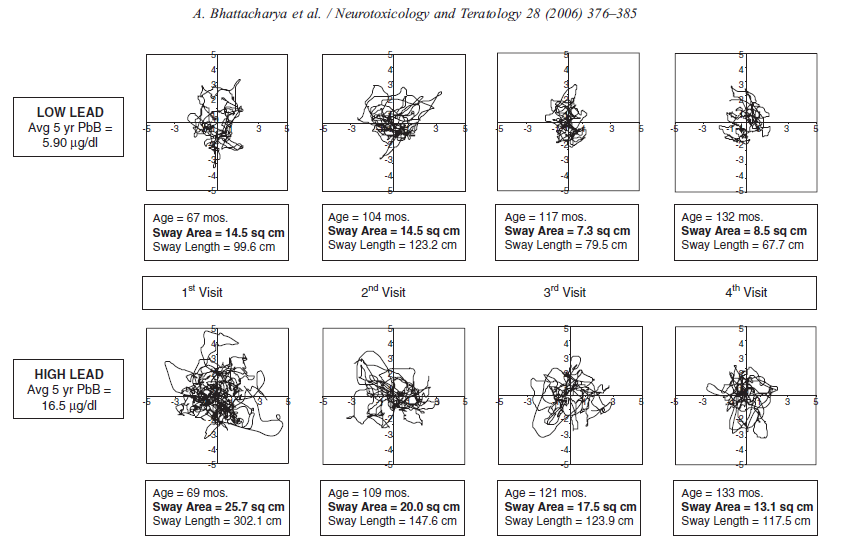 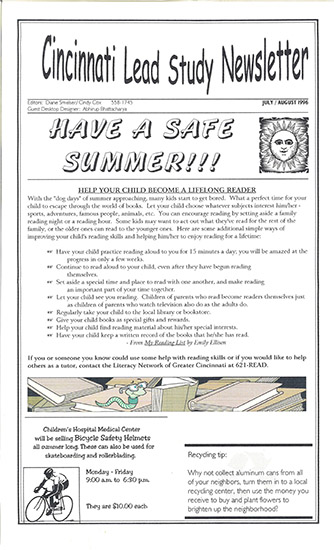 Purpose: This study investigated the influence of succimer chelation therapy in eliminating and/or minimizing lead-associated impairments of motor functions such as postural balance and locomotion or gait activities. In this study, postural balance and functional locomotion or gait were quantitated in 161 children in Cincinnati enrolled in a randomized, placebo-controlled, double blind clinical trial. 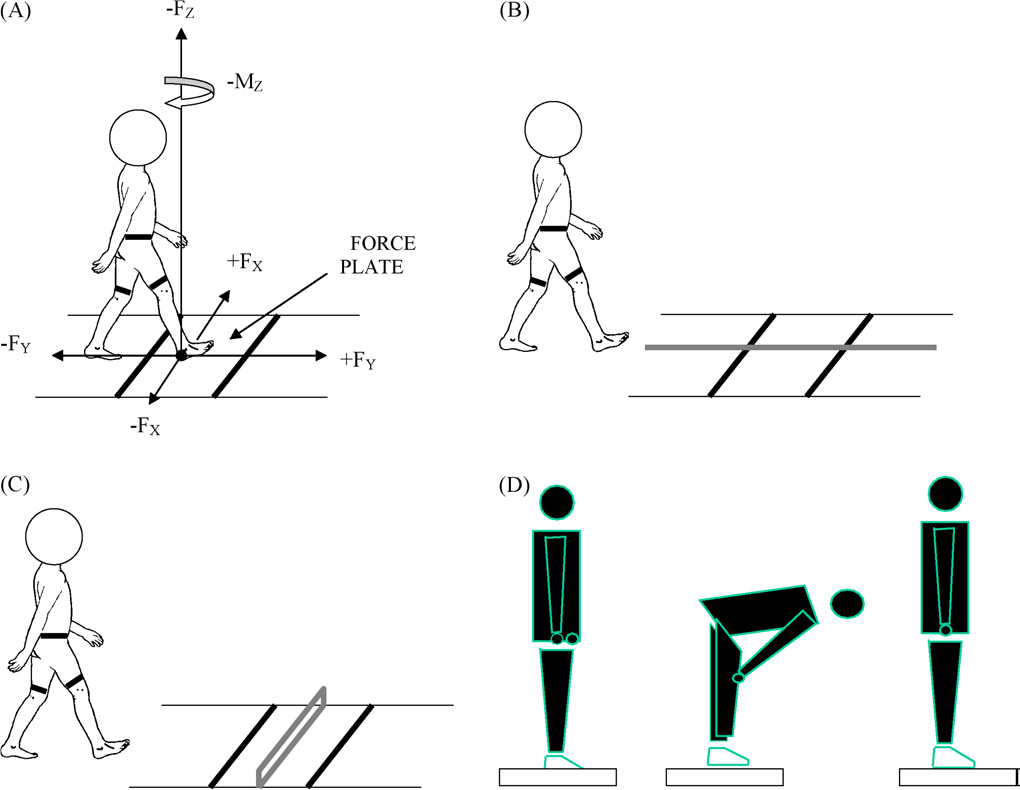 Schematic of test conditions and nomenclature of gait forces and torques. (A) Normal walk test; (B) line walk test; (C) obstacle test; (D) bending test eyes open (BO) and eyes closed (BC) for postural balance evaluation. Nomenclature for gait variables are shown in (A) where the subject is stepping on the force plate during the single stance phase. +FY = propulsive force; -FY = braking force; ±FX = medio-lateral (M-L) forces; ±MZ: vertical torques around the Z-axis, this torque is applied about the point of contact of the heel strike foot on the force plate. An increased ±MZ is representative of higher effort by the body to bring the body’s center of gravity to the middle of their base of support thereby maintaining adequate upright balance during single stance phase of walking. 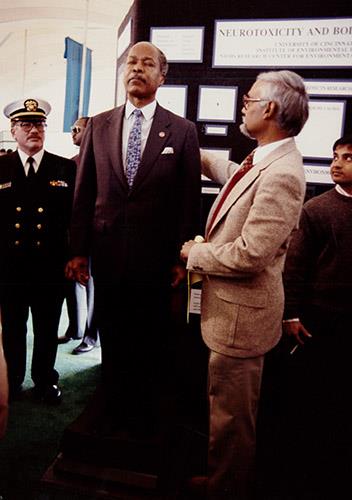 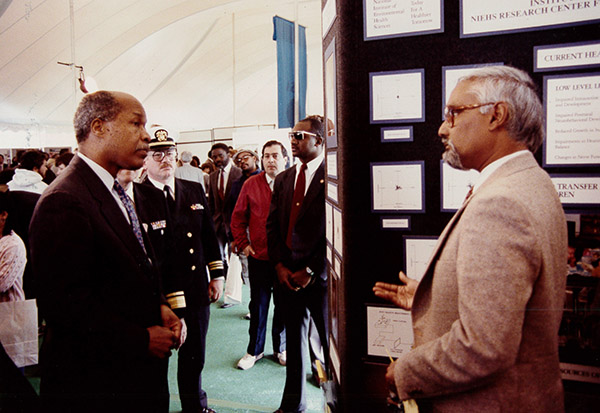 Earth‑Tech '90 Show (at the Mall Washington, D.C.)
Dr. Bhattacharya  describing the “Quantitative Posturagraphy” technology to Dr. Louis Wade Sullivan, the Secretary of the U.S. Department of Health and Human Services. 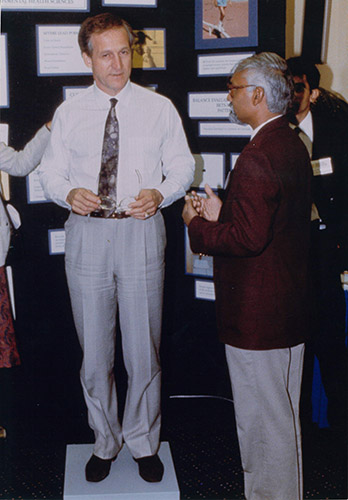 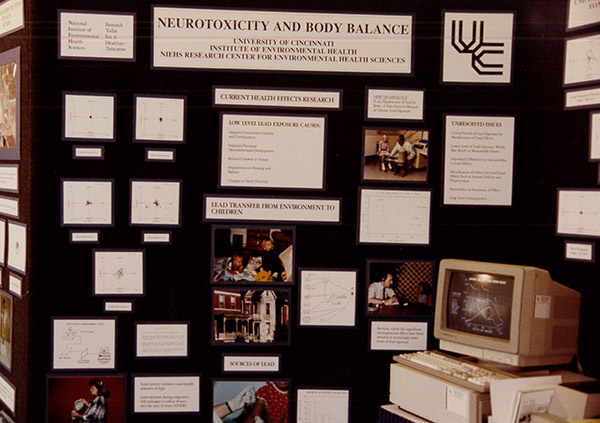