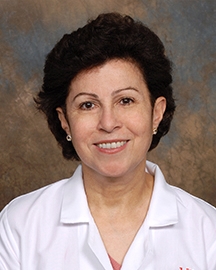 The Abdel-Malek laboratory is internationally known for its contributions to the understanding of the regulation of human pigmentation and the response of human melanocytes to solar ultraviolet radiation, the major causative factor for skin cancers, including melanoma. Research in her laboratory is focused on investigating melanoma susceptibility and prevention, and the role of keratinocyte- and fibroblast-derived factors in regulating DNA repair mechanisms in melanocytes. Her seminal research on melanocortins and the melanocortin 1 receptor led to the development of small peptide agonists of the receptor that stimulate pigmentation and enhance repair of DNA damage resulting from exposure to ultraviolet radiation. This translational project promises to yield a novel and effective skin cancer prevention strategy.

Dr. Abdel-Malek has assumed leadership roles in the Pigment Cell Societies and Society of Melanoma Research. She has trained many graduate, undergraduate, and medical students, and postdoctoral fellows, and hosted many international visiting scientists. Her research has been continuously supported by federal grants from NIH, Department of Defense, and the Veterans Administration, and by non-federal national and institutional grants, and industry funding. Her research has been enriched by multidisciplinary collaborations with leaders in the fields of pigment cell and melanoma research nationally and internationally, and with UC researchers from other colleges and departments. Dr. Abdel-Malek is a member of the UC Cancer Center and the UC Center for Environmental Genetics. 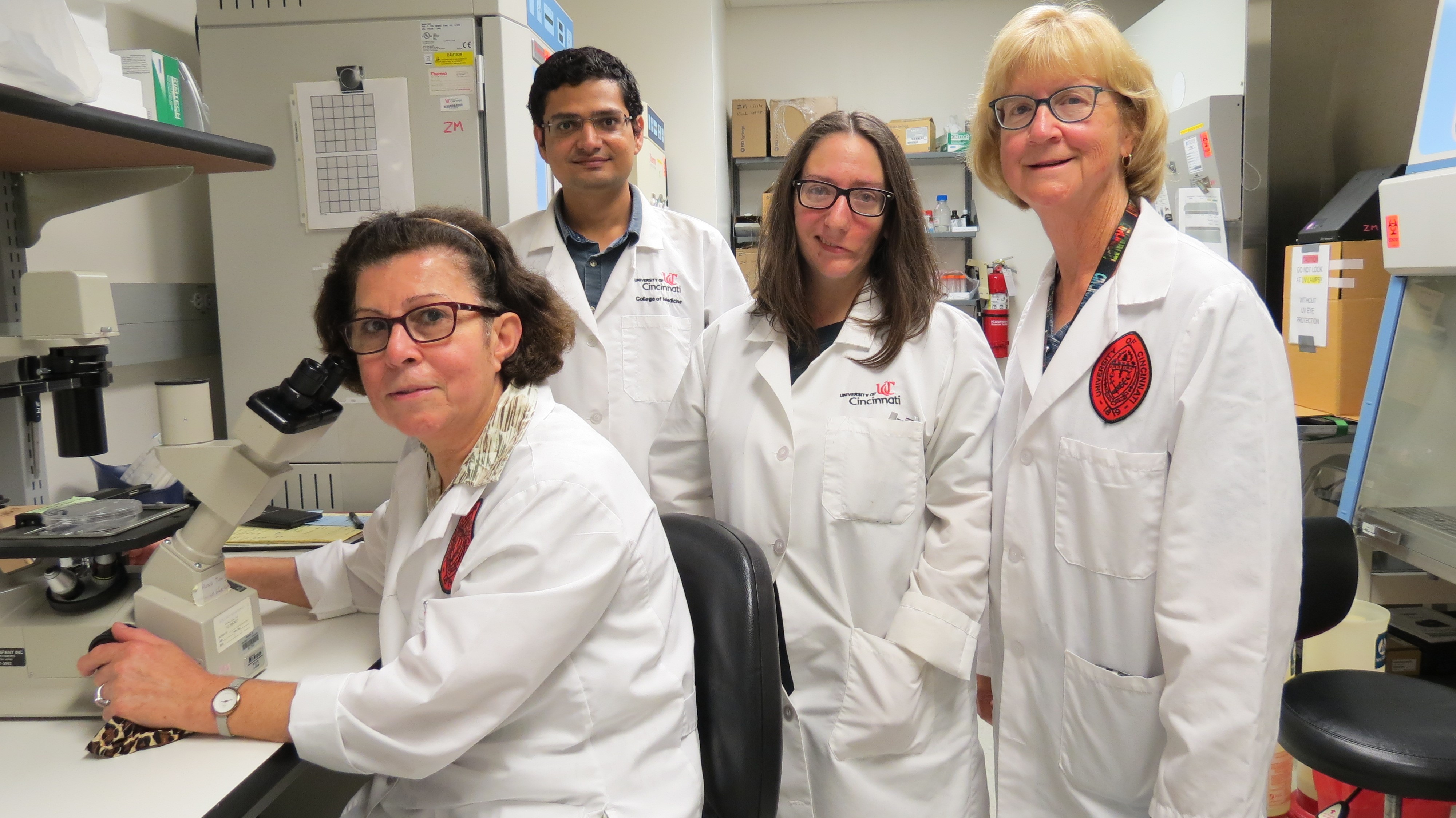 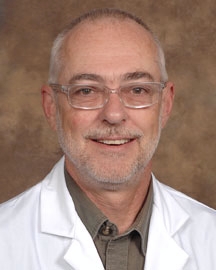 The overall theme of the research in Dr. Boissy’s laboratory is twofold - 1. To analyze the molecular and cellular mechanism responsible for trafficking gene products from their site of synthesis to their site of action during organelle biosynthesis using the melanocytes as a model system, and 2. Understand the pathological processes underlying various pigmentary diseases (e.g., albinism, vitiligo, melasma, post-inflammatory pigmentation etc.).

Hermansky-Pudlak Syndrome (HPS) is a congenital, potentially fatal, multi-system disorder presenting with oculocutaneous albinism, a mild to severe bleeding diathesis and ceroid storage disease. These characteristics result from aberrations in a specific group of cellular organelles, (e.g., the pigment granules of the melanocyte, the dense bodies of the platelet, and the lysosome/residual body of the reticular cell respectively).

To date, six genes, HPS1, ADTB3A, and HPS3-6 are associated with HPS. While ADTB3A codes for the b3A subunit of adaptor complex-3, the functions of the HPS, and 3-6 gene products remain unknown. It is hypothesized that the genes affected in HPS putatively regulate specific molecular steps in the trafficking of Golgi derived cargo proteins to a target organelle common in the cell types affected. We are currently characterizing the role of HPS in the regulation of this cellular pathway. (This research is funded by the National Institutes of Health.)

Vitiligo is an acquired cutaneous disease in which the melanocyte component of the skin is destroyed, resulting in amelanotic lesions of variable size and extent. As a health consequence, the white lesions of the skin become immunocompromised and also become susceptible to cancer.

The etiology of vitiligo consists of multiple factors including genetic, cytotoxic and autoimmune components. The current prevailing hypothesis is that some inducing agent triggers the genetically susceptible “vitiligo” melanocytes into an autolytic process.

Subsequently, an autoimmune response develops in the patient that appears to exacerbate the disease. We are currently characterizing the etiology of this disease that affects 1 percent of the human population worldwide. (This research is funded by NIH and the National Vitiligo Foundation.)

Skin complexion color is important to one’s self-image and is considered an indicator of physical health. Complex determinants are involved human skin pigmentation. In this respect, epidermal melanocytes synthesize pigmented melanosomes that are eventually transferred to and retained by keratinocytes.

The resulting skin color is determined by a combination of the extent of pigment production by melanocytes and the efficiency of receipt and processing of melanosomes by keratinocytes.

The former process has been thoroughly investigated, defining the role of major enzymes in the melanization pathway. In contrast, little is known about intercellular melanosome transfer. We are currently characterizing the molecular mechanism regulating this unique transfer process.  (This research is funded by industry.) 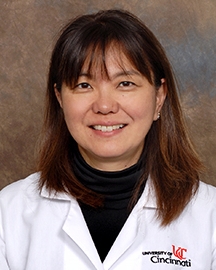 The research focus of Dr. Kadekaro’s lab is to better understand the importance of reactive oxygen species (ROS), NADPH oxidases (enzymes that generates ROS) and oxidative stress in the physiopathology of the skin. Understanding how ROS are implicated in regulating several biological processes by acting downstream signaling pathways is key to develop new preventative and interventional strategies in skin cancer.

Dr. Kadekaro is engaged in searching for answers to questions such as “why individuals phenotypically more susceptible to the cytotoxic effects of UVR have increased risk of developing melanoma and non-melanoma skin cancers?”, “are there other attributable risk factors not explained by UV exposure or genetic determinants?” The answers to these questions go beyond the presence or absence of the protective dark melanin (eumelanin) in the skin. Paradoxically, her lab found evidence that total absence of melanin like in melanocytes derived from patient with oculocutaneous albinism type 1, accumulate less UVR-induced DNA damage than melanocytes derived from other individuals with fair skin. Underlying this surprising finding is the fact that pheomelanin reacts with peroxinitrites (product of superoxide and nitric oxide) as demonstrated by another research group. This reaction generates an excited product with energy strong enough to cause further DNA damage.

In a study supported by the Department of Defense in Melanoma Prevention Dr. Kadekaro found that individuals with ratio of pheomelanin at least three-fold higher than eumelanin endure higher DNA damage burden compared to individuals’ with lower ratios. The increase in DNA damage was abolished by inhibition of NADPH oxidase. Elevated levels of ROS in the skin represent therefore, a significant contributor to sustained DNA damage in melanocytes and keratinocytes and risk of malignant transformation.

In this line of research, Dr. Kadekaro has been exploring the potential use of NADPH oxidase inhibitors as a preventative strategy against photo-carcinogenesis. In her lab a human skin explant model is used to simulate real life scenarios of exposure to solar UV and perform an in-depth assessment of the effects at the molecular level. The explant model is also used to screen compounds with potential to mitigate DNA damage and other cytotoxic effects of UVR.

Dr. Kadekaro’s laboratory functions under an intense collaborative effort with the Chemistry Department and College of Pharmacy at UC. In addition, Dr. Kadekaro also maintains a long-term partnership with Industry (P&G), which is an important aspect of the activities carried on in her lab.