History of the Fernald site 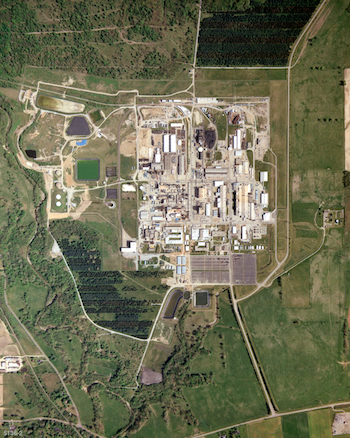 In the early 1950's, the U.S. Department of Energy built a nuclear fuel processing plant known as the Feed Material Production Center (FMPC), located on a 1,050 acre complex near rural Fernald, Ohio, seventeen miles northwest of Cincinnati. The primary function of this uranium refinery was to convert uranium feed materials, in the form of uranium ore and concentrates, into uranium metal. The feed materials were chemically converted into a series of uranium salts. Manufacturing at the FMPC continued until its suspension in July, 1989.

Releases from the site resulted in exposure to ionizing radiation, especially radon, soluble and insoluble forms of uranium, and various other organic and inorganic chemicals. However, many members of the cohort never received exposure beyond the background exposure received by the general population. Extensive uranium dose re-construction using methods developed by the CDC demonstrate that over 60% of the cohort had such minimal exposure to uranium and radon that their cumulative ionizing radiation exposure was less than 3.2% over lifetime background levels. 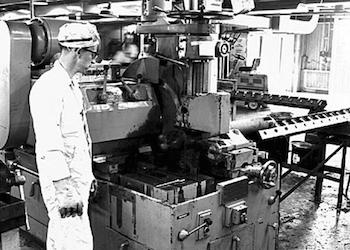 In January 1985, a class action lawsuit was filed by the citizens (plaintiffs) against National Lead of Ohio, Inc., which operated the plant at that time. In 1989 the parties agreed to a settlement in which $78 million was awarded to the class. The Fernald Medical Monitoring Program was a result of a settlement reached in 1989, and resulted in the largest medical monitoring program created through class action litigation as a response to an environmental exposure. 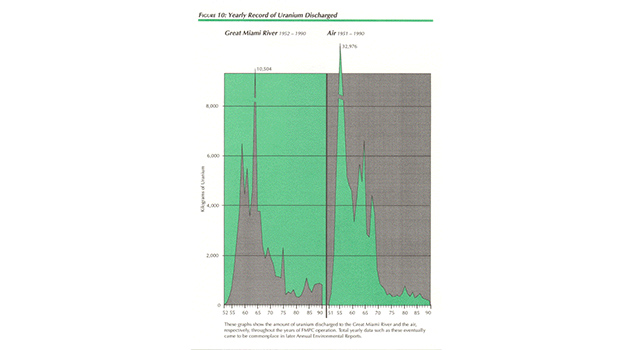 Because there was uncertainty about the quantity of environmental radioactive emissions from the Fernald plant to the community, in 1990 the Centers for Disease Control (CDC) contracted with Radiological Assessments Corporation to perform dosimetry reconstruction – an assessment of radiation and uranium doses to members of the public who had lived near the Feed Materials Production Center at Fernald, Ohio. The scientists of this project conducted a historical exposure characterization and developed dose estimation models, with an endpoint of developing an algorithm to estimate doses to individual persons who lived within the CDC exposure assessment domain (area within a ten kilometer radius from the perimeter of the plant property). Environmental radiation exposure to the population living in the Fernald exposure domain, beyond background levels, was estimated by CDC from the exposure algorithms developed as part of the dosimetry reconstruction project. Although CDC did not calculate radiation doses for individual members of the area population, they used the algorithm to calculate estimates for nine hypothetical scenarios.

Individual airborne uranium particulate exposure estimates have been calculated by the Fernald Community Cohort scientists, using the algorithm developed by CDC. For purposes of FCC exposure assessment, we refer to the five-mile radius eligibility area as the FMMP exposure domain.

Much of the cohort never received exposure beyond the background exposure received by the general population. Although the FMMP was established to monitor individuals for health effects of ionizing radiation, findings of dose reconstruction conducted by the Center for Disease Control indicated that a large proportion of those in the screening program received environmental uranium exposure that was negligible compared to background exposure.

The exposure estimates calculated by the University of Cincinnati investigators do not consider the internal uranium dose due to ingestion, especially if a person was drinking uranium contaminated water from a well or cistern. Of all of the locations where members of the cohort lived during the time that the Fernald plant was in operation, at 49% of the addresses a private well and at 31% a cistern was the primary source of drinking water source (although not necessarily a contaminated well or cistern). Adding these exposure sources to the personal exposure estimates will result in uni-directional increased exposure for some individuals, primarily those in the exposed group.