Christy Holland elected a fellow of the AIMBE: Christy K. Holland, Ph.D., will be inducted into the American Institute for Medical and Biological Engineering College of Fellows.

Research Update: Histotripsy Standards and Lysis of Deep Vein Thrombi: With the eventual goal to use focused ultrasound to dissolve chronic deep vein blood thrombi, Kenneth B. Bader, PhD, and his colleagues at the University of Cincinnati recently completed a study to develop standards to regulate micro bubble cloud formation during histotripsy pulses.

Study Finds Plasmin - Delivered Through a Bubble - More Effective Than tPA in Busting Clots: Madhuvathi Kandadai, PhD, a postdoctoral fellow in the UC Department of Emergency Medicine, presented the abstract, "Plasmin loaded echogenic liposomes: A Novel Thrombolytic," at the Society for Academic Emergency Medicine annual meeting May 14-18 in Atlanta. 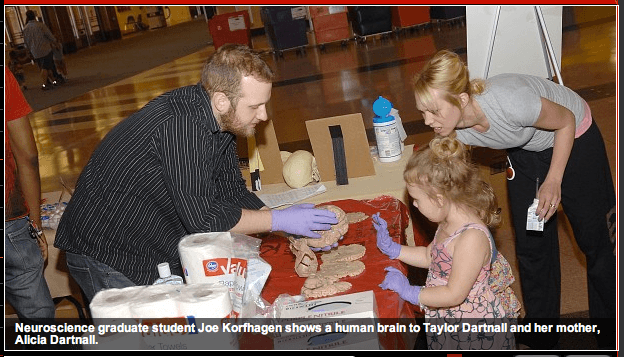 "Life of the Mind" series at the University of Cincinnati: Christy K. Holland was an inaugural thought provocateur on “Technology”. Using the bee-hive as an analogy she explains how biomedical engineers and clinicians integrate their knowledge and expertise to solve medical problems such as stroke and cardiovascular diseases.

Raymond Receives Sigma Xi Grant: Jason Raymond is recognized as a recipient of the Sigma Xi Grants in Aid of Research (GIAR) at UC. 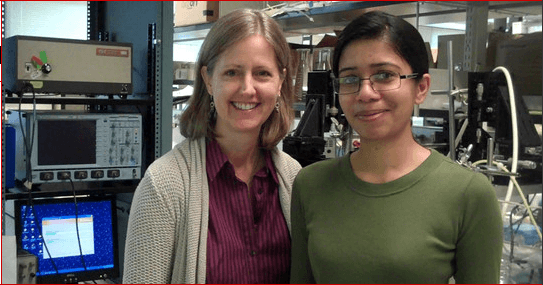 Listening for the ‘Pop’ in Ultrasound-mediated Drug Delivery: Kirthi Radhakrishnan explains the response of echogenic liposomes to diagnostic ultrasound and how it can be exploited to effect drug delivery.

Karla Mercado was named as a research fellow as part of the National Institutes of Neurological Diseases and Stroke Research Supplements to Promote Diversity program.

Shenwen Huang won the award for 3rd best Student Poster Award in Biomedical Acoustics at the 171st meeting of the Acoustical Society of America at Salt Lake City, Utah.

Himanshu Shekhar was selected to participate in the Acoustical Society of America's Early-career Acousticians Retreat.

Kirthi Radhakrishnan won the Best Student Poster Award in Biomedical Acoustics at the 164th meeting of the Acoustical Society of America at Kansas City, Missouri.

Jason Raymond was one of the first graduate student recipients of the Sigma Xi Grant in Aid of Research at UC.

Christy Holland was elected to be inducted into the American Institute for Medical and Biological Engineering College of Fellows.

Christy Holland was voted the President-elect of the Acoustical Society of America.

Kevin J. Haworth was appointed as Assistant Professor in the Department of Internal Medicine, Cardiovascular Diseases Division with a secondary appointment in the Biomedical Engineering Program at the College of Engineering and Applied Science.

IgUTL received funding for three grants from the Cardiovascular Center of Excellence.

Christy K. Holland received the Student Council Mentoring Award at the 161st meeting of the Acoustical Society of America at Cancun, Mexico.

Christy K. Holland received the Richard Akeson Excellence in Teaching Award at the College of Medicine, University of Cincinnati.