The IH groups toured the Lagunitas Brewery following the end of Friday’s symposium. A tour took the groups around the main brewery space on an elevated catwalk. Lagunitas was originally a California-based company founded in 1993 (now owned by Heineken) and is credited with being an early pioneer of today’s craft brewery culture that emphasizes creative, engaging branding and show-worthy urban manufacturing locations that function as both tourist destinations and pub-like hangouts for locals. The Occupational Health & Safety blog (ohsonline.com/Blogs/The-OHS-Wire/2016/07/Brewery-Safety.aspx) notes that beer brewing/manufacturing continues to peak year-to-year and the number of craft breweries in the US continues to grow. The blog notes that the most common violations of OHSA health and safety guidelines involve confined spaces, ammonia-based refrigeration, hazard communication for cleaners, and forklift training. 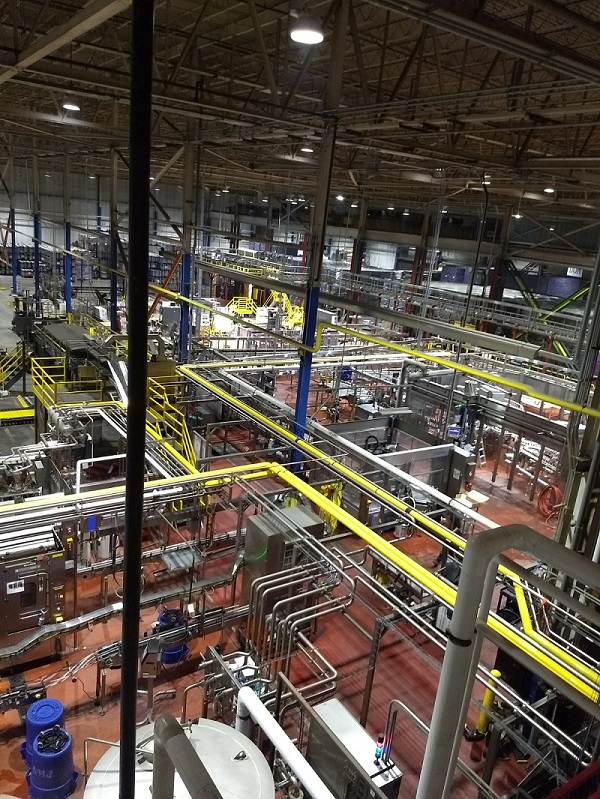 The factory spaces viewed by the tour were generally clean and well-drained. Brewing activities require many ingredients, including inorganic mineral salts and these were kept in lidded bins near the areas of use. The smell of yeast was rather heavy, but the area did not seem poorly ventilated. Although brewery workers tend to have significantly elevated prevalence of serum immunoreactivity to mold/yeast peptides, occupational asthma has not been associated with brewery work. The work spaces appeared to allow sufficient room for safe movement/posture, and small cranes were installed on platforms above brewing vessels to aid in lifting supplies. Lock-out tags appeared to be in use for the larger vessels. The areas where forklifts were being used featured well-placed convex mirrors to allow drivers to safely turn corners. One curious item was a basketball hoop set up near the barrel storage area. It did not appear to be in regular use, and I imagine does not necessarily qualify as an occupational hazard.

The ERC students and faculty had an opportunity to visit the town of Pullman that lies south of Chicago, Illinois. Construction on the town of Pullman began in 1880 as a model industrial town providing opportunities for persons to live in a thriving community where they could be educated, shop, work, and live within an environment that provided sanitary living conditions compared to the overcrowded and disadvantaged living conditions of urban life. By 1892, 60% of the town were immigrants, so Pullman also helped them integrate into American society. The community had its own library, electric company, factory, church, hotel, and bar. The town was planned and economically backed by George Pullman, owner of Pullman Palace Car Company, as a way for him to attract and provide skilled labor for his factory. The electric, bricks, and beams for the homes were made on site, a practice that carried over to products which went into production of the rail cars. 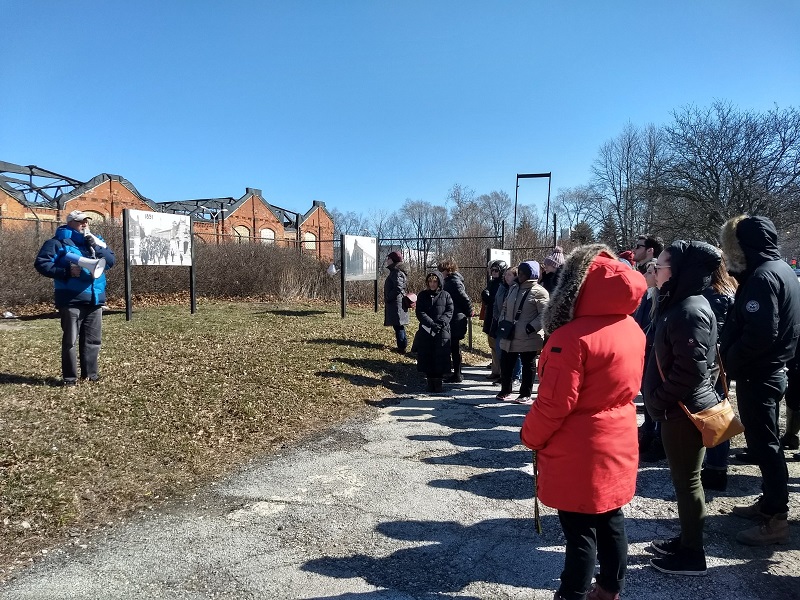 Tour of the Pullman Neighborhood

The students and faculty learned that while the town of Pullman was novel and was a positive experience for some, there were many disadvantages for those townspeople whose jobs, homes, store products, health care, religious activity, banking, etc., were all controlled by George Pullman. During a severe recession, work hours and pay decreased while Pullman continued to charge the same rent on homes and maintained the same prices for goods and services, leading to the Pullman strike of 1894. Organized by Eugene Debs, a labor rights activist. The strike led to forming the American Railway Union, eventually having over 200,000 workers going on strike, causing issues with rail travel and commerce nationwide. After the strike, George Pullman was never able to sway public opinion in his favor. 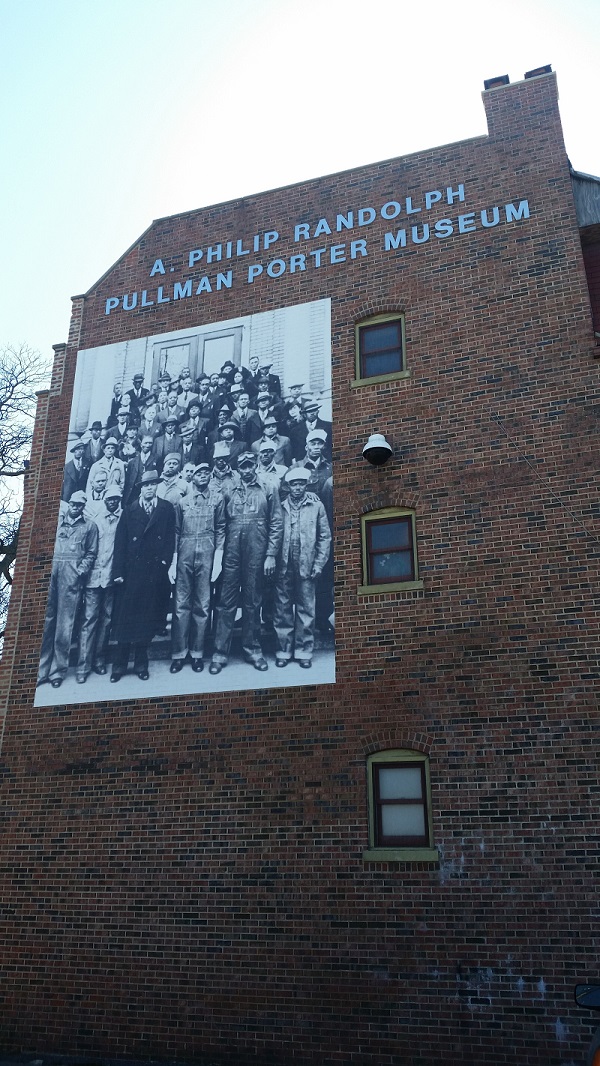 There is a rich history of labor organizing and civil rights movements within Pullman, even beyond the strike of 1894. The ERC students also visited A. Philip Randolph Pullman Porter Museum, a museum within the Pullman National Monument. The labor unions of the time were racially segregated, so the black men hired to manage service on the rail cars formed their own union, the Brotherhood of Sleeping Car Porters. Led by A. Philip Randolph, the Brotherhood was able to overcome enormous adversity, made serious gains in labor rights, and became a powerful force within the Civil Rights Movement.

Thank you to the University of Illinois at Chicago ERC for hosting our Cincinnati group and for planning a great opportunity to network between the Michigan, Cincinnati, and Illinois ERCs. We look forward to further collaboration in the near future.