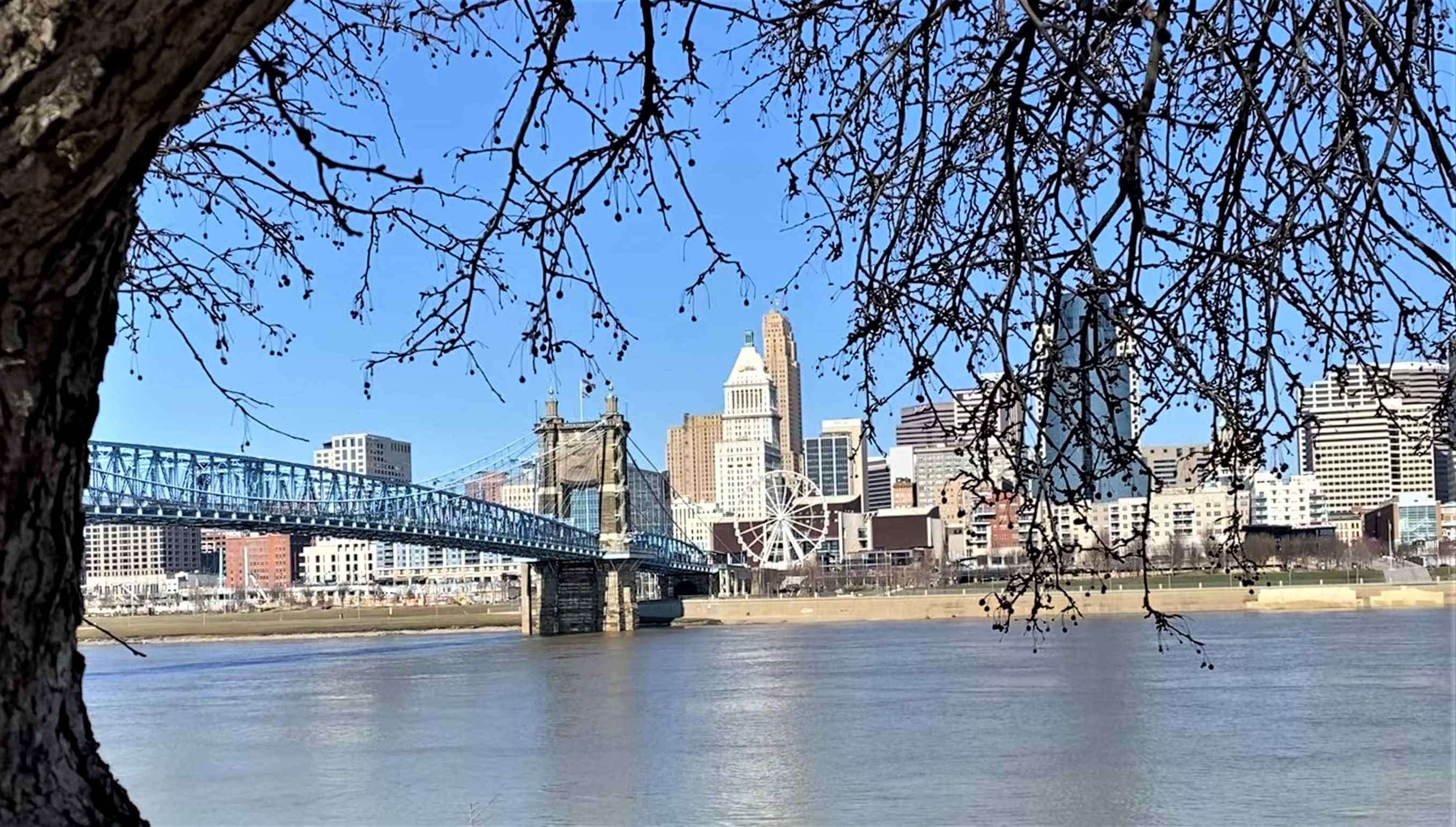 The answer is a resounding YES! Here are some resident favorite activities broken down by common interests:

Have kids or are a kid at heart:

Newport Aquarium: home to the largest jellyfish gallery in the Midwest, you can get up close with penguins and mermaids and        Santa have been sighted in the Shark Tank.

Starlight Drive In:  Visit an old style drive in movie.

FC Cincinnati: an MLS Soccer Team that began play in the USL in 2016

Cincinnati Cyclones:an ECHL team that plays at US Bank Arena

Cincinnati Reds:the oldest franchise in major league baseball, opens the season each year with the largest Opening Day Celebration in the country

Xavier Basketball: appearing in the NCAA tournament 26 times, of teams yet to make a Final Four appearance, Xavier has the most all-time tournament wins with 24

Tennis - Western & Southern Open: the oldest tennis tournament in the US still in its original city and the second largest American summer tournament after the US Open, come see some elite players like Roger Federer and Serena Williams, and many more!

Craft Beer Central!- in 2020 Smart Asset compared 384 cities and rated Cincinnati as the top city in the nation for beer drinking. We have 31 breweries in the Queen City which offer around 112 different beers. Thats 10.20 breweries per 100,000 residents!

If the brewery itself isn’t your style check out Taft's Ale House or the The Growler House to name a few for some of the largest craft selections in town.

Cincinnati Style Chili: with only about 140 options including Skyline, Goldstar and Camp Washington.  Cincinnati Chili is not traditional. It’s served over spaghetti or a coney often with oyster crackers on the side, so whether it's a 3-way, 4-way or 5-way make sure to try some!

Dear Restaurant & Butchery - Farm to Table dining with an incredible patio and even better wine bar.

The Eagle - A food and beer hall

Taste of Cincinnati: held downtown each Memorial Day weekend a great opportunity to try some different food from around the area

Graeters Ice Cream: founded in 1870, Graeter’s is a Cincinnati tradition, the family still utilizes the same recipes and methods of production at their plant off Reading Road

Aglamesis Bros.: opened in 1908 Aglamesis Brother’s is being run by the third generation and is known for delicious ice cream and candies

Goetta: made of ground meat and steel cut oats, Goetta was popular with the German settlers who emigrated to Cincinnati in the 19th century, 80% of the Goetta produced by the largest producer is consumed in Cincinnati

Findlay Market: at the center of Over-the-Rhine Findlay market was founded in 1852 and is now the oldest continuously operated public market in Ohio, offers fresh meat, seafood and produce by local suppliers

The list goes on and on, Festival Park Newport has a festival for everyone: Goetta Fest; Bacon, Bourbon & Brew Festival; Brew Ha Ha, Cincy Blues Fest, Taste of Newport, PNC Festival of Lights at the Cincinnati Zoo,  Newport on the Levee Summer Concerts.

Bockfest: celebrating the coming of spring and the brewing heritage of Cincinnati, complete w

CONTENT BLOCK ith the crowning of the Sausage Queen each year

Riverfest & Fireworks:  Celebrate the end of summer with a daylong festival and spectacular fireworks over the Ohio River. Riverfest Fireworks

Purple People Bridge: the bridge built in 1872 was repurposed as a walking bridge and connects downtown Cincinnati and Newport

Krohn Conservatory: located in Eden Park the conservatory has more than 3,500 plant species and is home to the International Butterfly Show

Ohio River Paddlefest: rent a kayak or bring your own, Paddlefest travels 8.9 miles up the Ohio River

Spring Grove Cemetery and Arboretum: founded in 1845, Spring Grove is one of the largest cemeteries in the US, and remains one of the most beautiful places in Cincinnati.

Perfect North Slopes: That right, just 45 minutes from Cincinnati we have a ski slope and tubing!

Bunbury Music Festival: in early June, past year's lineups have included: The Killers, Florence and the Machine, DeadMau5, Umphrey’s McGee, and Of Monsters and Men

Cincinnati Music Hall: home to the Cincinnati Symphony Orchestra, and Cincinnati Opera the Music Hall is one of the most recognizable landmarks in Cincinnati

American Sign Museum: the museum preserves and displays a collection of signs, neon and otherwise and also demonstrates the making of neon signs

Playhouse in the Park

Salsa on the Square: Held every Thursday in the summer months at Fountain Square, live music and dancing

Washington Park Dog Park: complete with a creek and water fountain for dogs to play in

Hyde Park: on the East side of Cincinnati, Hyde Park Square features a park in the center surrounded by shops and restaurants, offers a short commute downtown or to the hospital Hyde Park Square

OTR - Over-the-Rhine: believed to be the largest, most intact urban historic district in the US, OTR as it's called underwent a huge renovation in 2001, and now is one of the most popular areas for new restaurants and bars

Covington, KY - Mainstrasse Village: across the river in Kentucky, this area is one of the most walkable communities, offers many restaurants and bars with live music most nights

Mt. Adams: surrounded by Eden Park, Mount Adams has some of the best views of the river and city, with its narrow streets and eclectic shops you feel like you escaped the city

Also, Cincinnati happens to be a very popular place to film movies, here are a few you may recognize:

Cincinnati’s central location lends itself to lots of easy day or weekend trips:

Dayton, OH: home to the National Museum of the Air Force

Indianapolis, IN: home to the Indy 500

Nashville, TN: check out the Home of Country Music

St. Louis, MO: Gateway to the West and home of the Arch

Asheville, NC: home to the Biltmore and the most breweries per capita in the country