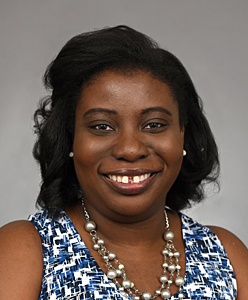 Prevalence of gastric ulcers increases in the elderly, yet the cause of the age-associated escalation is unknown. My long-term goal is to understand not only the process of gastric epithelial repair in response to injury, but the mechanism by which abnormal regeneration influences the incidence of H. pylori-associated disease in the elderly. Chronic inflammation induced by H. pylori infection results in epithelial cell death and damage to the stomach lining, also known as a gastric ulcer. H. pylori is known to adhere to the gastric epithelium through the binding of bacterial adhesins BabA and SabA to glycosylated receptors Lewis B and sialyl-Lewis X (S-LewX) expressed on epithelial cells. Recent studies have revealed that H. pylori localizes specifically to Spasmolytic Polypeptide/TFF2-Expressing Metaplasia (SPEM) glands within the corpus of the stomach. SPEM has been demonstrated to arise from oxyntic atrophy followed by transdifferentiation of mature chief cells by inflammation and is marked by the expression of Cluster-of-differentiation gene 44 (CD44). CD44 is known to coordinate normal and metaplastic epithelial cell proliferation and CD44 variant isoform 9 (CD44v9) is expressed in gastric cancer stem cells. Our group has reported that CD44v9 is co-expressed with markers of SPEM, a reparative phenotype that emerges in response to gastric injury. Our preliminary data suggest that regeneration of the aged gastric epithelium post-injury exhibits uncontrolled SPEM expression that expresses both CD44v9 and S-LewX. Our central hypothesis is that the regenerative process of the aged gastric epithelium is impaired in response to injury, such that an expansion of S-LewX expression on abnormally regenerating glands results in increased susceptibility to H. pylori colonization and disease progression. To analyze cellular and functional changes of the aging gastric epithelium and H. pylori-induced disease progression after regeneration in response to gastric injury, we use an acetic acid-induced injury model and in vivo H. pylori adherence assays in young (2-3 months) and aged (>8 months) mice and in young (15 weeks) and aged (9-12 months) Mongolian gerbils. Additionally, gastric organoids derived from young (14-30 years) or elderly (>55 years) patients are generated and transferred to a monolayer culture for in vivo H. pylori adherence assays to analyze acid secretion and cellular composition in human gastric epithelium. My long-term goal is to define age-related modifications to the gastric epithelium and determine how these changes influence incidence of H. pylori-associated disease in the elderly.