To verify completion of Residency or Fellowship click here 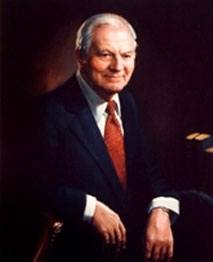 It was under the direction of Benjamin Felson, MD, that the training program for radiologists at Cincinnati General Hospital flourished to become one of the outstanding teaching programs for clinical radiology in the nation.

Felson was named director of radiology in 1951, a position he held until 1973. A graduate of the UC College of Medicine who received his radiology training at Cincinnati General Hospital, he was internationally renowned as a radiologist.

In 1973, Felson was succeeded by Jerome Wiot, MD. Wiot was also a graduate of the UC College of Medicine and received his radiology training at Cincinnati General Hospital. He was an exceptional leader and served as president of the American Board of Radiology, the American College of Radiology and the American Roentgen Ray Society.

It was during his two decades as chair that the department established its technological leadership, acquiring the first CT scanner in the region. Wiot stepped down as chair in 1992.

Both Felson (1985) and Wiot (1992) received the Daniel Drake Medal, considered the highest honor awarded by the UC College of Medicine.

Robert Lukin, MD, succeeded Wiot in 1993. Lukin was also a graduate of the UC College of Medicine and received his radiology training at Cincinnati General Hospital. Lukin served as the director of neuroradiology from 1972 until being appointed chair. Lukin is nationally renowned for his work in neuroradiology, serving as president of the American Society of Neuroradiology and trustee of the American Board of Radiology.

Lukin continued the tradition of excellence in clinical training and technological leadership in imaging and was instrumental in placing more focus on research. He stepped down as chair in 2008—the same year he was awarded the American Society of Neuroradiology’s highest award, the Gold Medal.

Jannette Collins, MD, MEd, FCCP, FACR, succeeded Lukin in 2009. Dr. Collins was first in her class at the Medical College of Ohio, and performed both her internship and radiology residency at University of Wisconsin Hospital in Madison. She completed a chest radiology fellowship at Yale University.

Over 450 radiologists have been trained in the UC radiology residency program. In addition, over 150 radiologists have completed fellowships in Body Imaging, Breast Imaging, MSK Imaging, Neuroradiology, Nuclear Medicine, Vascular & Interventional, and Emergency Radiology. Our graduates include department heads and chiefs of service at hospitals and universities, as well as leaders of professional and academic societies.

1819: Founding of the Medical College of Ohio, precursor to the UC College of Medicine. School becomes the oldest medical school west of the Alleghenies.

1973: Jerome Wiot, MD, is named chair of radiology. Under his leadership the department established its technological leadership, acquiring the first CT scanner in the region.

To verify completion of Residency or Fellowship click here