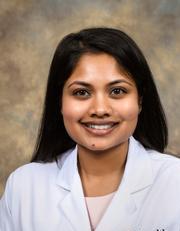 Personal Statement
My immediate reaction was confusion, followed quickly by panic. My patient, a woman in her 60s admitted to the hospital for acute respiratory failure, had eloped from the hospital without her oxygen. Three hours later, I saw her walking slowly down the hall, clearly in distress and struggling to breathe. Repeated attempts by the staff to understand where she had been were unsuccessful. After I entered her room, however, she explained that she had been scared that she would never get well enough to leave the hospital and that her outside life would fall apart without her. This fear drove her to walk several blocks‐‐barefoot in 95 degree heat‐‐without any money, and hop on a bus. At first, I could not believe that she had risked her life, but as I spent more time with her, I began to understand how truly frightening it was for her to have her health compromised while she was all alone. She confessed that she avoided visiting doctors as she always expected bad news. This encounter encompasses what I love about internal medicine: the ability to act as the primary coordinator of a patient’s health, the importance of forming meaningful connections with patients, and its emphasis on preventative medicine.

Why I Chose Cincinnati
Everyone I met at UC was friendly, engaging, and cooperative. I also really appreciated the program’s dedication to patient‐centered care. I was confident that I could thrive in a supportive environment like this one! I was also couples matching, and my partner is from Cincinnati so we were thrilled to match in his hometown!