Institutes & Centers / Heart, Lung and Vascular Institute / About Us / Leadership 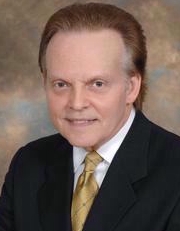 Dr. Becker is an NIH-supported clinician-scientist who leads all cardiovascular services throughout the UC Health system and collaborates with colleagues at Cincinnati Children’s Hospital Medical Center and the Cincinnati Department of Veterans Affairs Medical Center. In 2011, Dr. Becker received the Daniel Drake Medal, the UC College of Medicine’s highest honor. He received bachelor and master’s degrees from the University of Cincinnati and graduated in 1982 from the UC College of Medicine.

Dr. Becker completed his internship, residency and hematology fellowship at the Cleveland Clinic. He joined the University of Massachusetts Medical School after a fellowship in cardiology there and rose to the rank of professor. He was the founding director of the Cardiovascular Thrombosis Research Center and director of the Coronary Care Unit and Anticoagulation Services at the University of Massachusetts Medical Center.

Prior to joining UC Heart, Lung & Vascular Institute and the College of Medicine, Dr. Becker spent 10 years at Duke University School of Medicine and the Duke Clinical Research Institute where he was a tenured professor of medicine and director of the Duke Cardiovascular Thrombosis Center. He maintains an adjunct professorship at the Duke University School of Medicine.  Dr. Becker has published more than 600 articles, 13 textbooks, 60 book chapters, invited reviews and editorials and both national and international position papers. Additionally, he is the founding editor-in-chief of the Journal of Thrombosis and Thrombolysis. 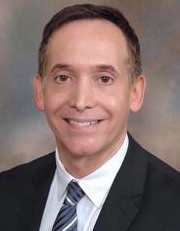 Dr. Feldman completed his internal medicine residency at Washington University and his cardiology fellowship at Washington University and Duke University. He specializes in advanced medical therapies and interventions for complex disease management. In addition to his clinical experience, he spent much of his distinguished career teaching at universities and medical programs around the country. He is a highly recognized physician, having received many honors including Who’s Who in Medicine and Healthcare and “Best Doctors” for seven consecutive years. Dr. Feldman is passionate about academics and research, and has participated in over 50 clinical trials, presented at more than 30 conferences, published over 60 peer‐reviewed articles and five book chapters, and moderated many sessions at national and international conferences. Additionally, he has been the recipient of 12 grants and participated in clinical trials sponsored by the National Institutes of Health. 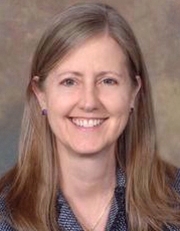 Christy K. Holland attended Wellesley College where she majored in Physics and Music.  Thereafter she completed an M.S., M.Phil., and Ph.D. at Yale University in Engineering and Applied Science.  Dr. Holland is a Professor in the Department of Internal Medicine, Division of Cardiovascular Health and Disease, College of Medicine and Biomedical Engineering Program (BME) in the College of Engineering and Applied Science at the University of Cincinnati (UC).  She directs the Image-Guided Ultrasound Therapeutics Laboratories in the UC Cardiovascular Center, which focus on applications of biomedical ultrasound including sonothrombolysis, ultrasound-mediated drug and bioactive gas delivery, development of echogenic liposomes, early detection of cardiovascular diseases, and ultrasound-image guided tumor ablation.  Prof. Holland serves as Director of Research for the Heart, Lung, and Vascular Institute, a key component of efforts to align the UC College of Medicine and UC Health efforts around research, education, and clinical programs.  She is a fellow of the Acoustical Society of America, the American Institute of Ultrasound in Medicine, and the American Institute for Medical and Biological Engineering. She assumed the editorship of Ultrasound in Medicine and Biology, the official Journal of the World Federation for Ultrasound in Medicine and Biology, in 2006.  Prof. Holland currently serves as Past President of the Acoustical Society of America.  She is actively involved in teaching biomedical engineering and medical imaging in the BME undergraduate and graduate curriculum and served as the Director of Graduate Studies 2008-2009.  She mentors and advises students within and outside of BME educational programs.  Christy Holland's research interests include ultrasound-enhanced thrombolysis for stroke therapy, ultrasound-mediated drug delivery, bioeffects of diagnostic and therapeutic ultrasound, and acoustic cavitation. As a result of her research, Prof. Holland has gained wide recognition at UC, nationally and internationally for her excellence and contributions in ultrasound research. 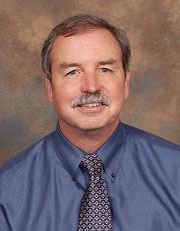 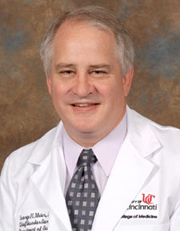 Dr. Meier received his bachelor’s degree from Rice University and his MD from Emory University School of Medicine. He completed his postdoctoral training in general, thoracic and vascular surgery at Massachusetts General Hospital. He came to UC in 2007, following faculty appointments at Harvard University and Yale University. Dr. Meier specializes in the management of endovascular disorders, diabetic vascular disease, wound healing and stroke prevention. A frequently requested speaker nationally and internationally, he also serves on the editorial board of the European Journal Vascular and Endovascular Surgery. 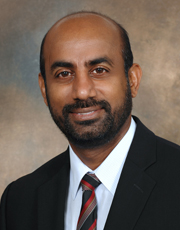 Dr. Sadayappan finished his Bachelor’s degree in Botany in 1987 at the American College in Madurai, India, and his Master’s in Botany in 1991 at VHNSN College in Virudhunagar, India.  For his doctoral work, he studied the molecular aspects of cardiac hypertrophy and was awarded his PhD in Biochemistry from Madurai Kamaraj University, India, in 1999. For his postdoctoral training, he attended the Max-Planck-Institute in Bad Nauheim, Germany, and Cincinnati Children’s Hospital in Cincinnati, OH. Beginning his career as an independent investigator, Dr. Sadayappan was appointed to the post of tenure-track Assistant Professor in September 2009 at Loyola University Chicago, Maywood, IL. In July, 2014, he was promoted to Associate Professor of Cell and Molecular Physiology. He is currently Professor of Internal Medicine and Director of the Heart Branch, Heart, Lung and Vascular Institute (HLVI), at the University of Cincinnati (UC), Cincinnati, OH. His research is driven by the desire to improve cardiac health with the long-range goal of preventing the development of heart failure that results from hypertrophic cardiomyopathy and coronary heart disease. Overall, he has made significant contributions to the field of heart failure, including original peer-reviewed articles, reviews and book chapters. He has authored more than 70 manuscripts. Prof. Sadayappan currently serves as a regular member of the NIH Myocardial Infarction and Metabolism, as well as the American Heart Association - Cardiac Biology Regulation 1 study sections. He is also actively involved in the American Heart Association, American Physiological Society and International Society for Heart Research organizing committees. Dr. Sadayappan has received funding from the National Heart, Lung, and Blood Institute, the American Heart Association, and pharmaceutical industries. Over the last five years, was recognized as a Junior Scientist of the Year 2012 at Loyola University Chicago and as a Fellow of the American Heart Association and Fellow of Cardiovascular Section of the American Physiological Society.

As Director of the Heart Branch, UC HLVI, Dr. Sadayappan is responsible for carrying out its mission and implementing its business plan. He also supervises clinical, basic and translational research, formulates and integrates research activities, and establishes programs that will foster public-private partnerships, philanthropy and commercialization of new drugs, devices and technology. In addition, he is a member of the Research Governance Committee and the UC HLVI Governance Council. 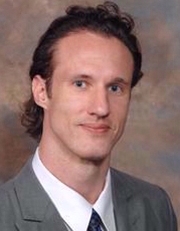 Dr. Steen is a practicing cardiologist and clinical researcher. He is a trained clinical trialist with a scientific focus on both clinical trial methodology and conduct as well as population health. He completed his residency and clinical fellowship at Jackson Memorial Hospital in Miami, Florida. He completed a master of science in epidemiology at the Harvard School of Public Health. He subsequently completed a three‐year postdoctoral research fellowship at Harvard Medical School as part of the TIMI Study Group, an academic research organization specializing in Phase II‐IV trials for cardiovascular conditions and their risk factors. He participated in a leadership role in both the SOLID TIMI 52 (completed) and REVEAL HPS3/TIMI 55 (ongoing) trials. His current projects include: 1) the development of clinical trial recruitment technology; 2) research on cardiovascular event rates and risk prediction as well as guideline compliance for dyslipidemia treatment; and 3) using developing technology and business models to promote healthier dietary habits. Industry and academic collaborators include those within technology, grocery, and healthcare sectors. His role within the HLVI focuses on growing the clinical research infrastructure for HLVI members and the broader UC.