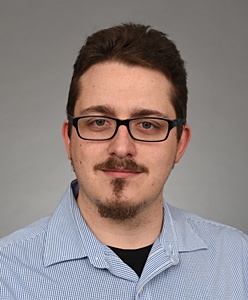 Sudden cardiac death (SCD) from ventricular arrhythmias claims more lives every year than cancer, diabetes, and all other pathological diseases combined. This is chiefly due to a lack of understanding how SCD manifests (i.e. the underlying mechanisms are unclear), preventing development of newer, more effective therapies. An additional problem is the lack of suitable animal models which mimic the disease as in their human counterparts. The DeMazumder lab has developed a novel guinea pig model of SCD, which allows us to address previously unanswered questions surrounding the mechanisms of sudden death.

People with heart failure (HF) are at the greatest risk of SCD. More than half of the deaths in HF patients are the result of SCD. Currently, there are no suitable treatments to prevent or cure SCD and HF. Therapies in use are palliative and only serve to address symptoms and do not reverse disease progression. Chronic vagus nerve stimulation (VNS), commonly used for treatment in various neurological disorders (e.g. epilepsy), is being clinically evaluated as an exciting new therapy for HF and has been shown to improve ventricular function in HF patients. However, results are conflicting across trials. This is most likely attributed to differences in the empirically selected stimulation parameters and durations. Though chronic VNS is currently being studied as a potential HF therapy, chronic VNS has not yet been studied in the context of SCD. Previous studies conducted by the DeMazumder lab show that activation of the parasympathetic nervous pathway improves cardiac function in HF and reduces SCD incidence. While the effects of acute VNS are well documented, not much is known about the effects of chronic VNS. Studies conducted over 150 years ago by Einbrodt show that acute VNS is capable of abolishing arrhythmia; however, chronic VNS may increase SCD risk by modulating cardiac electrical activity, which is already impacted in HF. However, preliminary data from our lab show that although chronic VNS does impact the heart's electrical properties, it serves to stabilize the heart's natural rhythm, decreasing risk of arrhythmia and abolishing SCD completely in our animal models. Our lab's current objective is to elucidate the underlying pathways and mechanisms linking SCD, HF, and chronic VNS. In doing so, we hope to: (1) improve upon current usage of VNS in HF; (2) apply chronic VNS as a suitable therapy for SCD; and (3) design new therapies that target these understudied pathways of SCD and HF.

My project investigates autonomic sensitivity and response across several animal models incorporating SCD, HF, and chronic VNS. Autonomic dysfunction and remodeling are hallmarks of both SCD and HF. Changes in the way the body responds to natural stressors over time leads to alterations in autonomic nervous signaling cascades and cardiac response. These changes impact how the heart functions (e.g. decreasing the heart's ability to pump blood and oxygenate the body effectively, which in turn increases the heart's workload). By studying how the heart's electrophysiological properties differ in SCD and HF as compared to normal, healthy hearts, we are able to evaluate which steps of the underlying mechanisms to target for development of future therapies for the prevention of SCD.