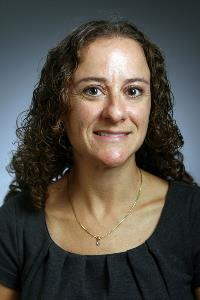 The third year of medical school at UCCOM is composed of seven core clerkships: Surgery, Internal Medicine, Pediatrics, Obstetrics / Gynecology, Psychiatry, Neurology, and Family Medicine. Students participate in three separate 16 week blocks which combines clerkships to form each block namely Surgery with Internal Medicine; Pediatrics with Obstetrics / Gynecology; and Psychiatry with Neurology as well as Family Medicine. Each clerkship block is separated by a one week educational experience called intersession where the entire M3 class returns to the medical school. Intersession occurs three times over the course of the year in order to accommodate the principle of “just in time” learning for didactics which pertain to the upcoming clerkships.

The first intersession occurs in June, one week prior to starting the third year clerkships. During this time, students will be presented information preparing them for their specific clerkships for “just in time” learning as well as for third year overall. Patient simulations, nutrition, and radiology focus on caring for patients in the upcoming clerkships while topics such as interprofessional education, culturally competent care, culture of safety, equipment in patient rooms focus on the long term aspects of M3.

The second and third intersessions occurs in October and February after completion of the first and second 16 week clerkship blocks. Similar concepts apply for just in time learning preparing for the next clerkships as well as introducing new topics such as billing, quality improvement, and translational research. During these intersessions, career development and well-being become prominent with didactic information as well as time allocation for personal exploration of these topics.