“What’s "chirurgo" mean, Dad?” asked 6-year old Charlie Prestigiacomo. Charlie was in his parents’ apartment in New York City with some of his parents’ friends. Just like his parents, the friends were all recent immigrants of Italy so the conversation was taking place in Italian. 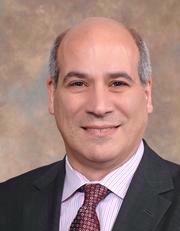 Charlie’s parents had always made it clear that they didn’t want him following his dad's footsteps going into cabinetry, so they would talk frequently to him about different career options. Even at the age of 6.

When one friend suggested he become a chirurgo (Italian for surgeon) Charlie asked his dad for clarification. His dad, who built cabinets by hand, explained that a chirurgo heals patients with his hands. “I think that sounds pretty cool,” Charlie remembers thinking. “I think that’s what I am going to do.”

Charlie’s parents emigrated from Sicily, Italy and settled in the Greenwich Village neighborhood of New York City shortly before he was born. The hospital wouldn’t let Charlie’s parents leave until they paid cash for his delivery and care. “From the perspective of my folks, I have seen how healthcare can be a challenge to people who aren’t native to the language,” says Dr. Prestigiacomo. He says while he always tries to spend time carefully explaining things to patients, he goes overboard for people who don’t speak English as their first language. He says, “Because of my parents being immigrants, I try very hard to come up with a basic lay-person explanation of something.”

Dr. Prestigiacomo spent his entire childhood in New York City and never faltered on his dream of becoming a surgeon. One day in high school biology, the class dissected a cat. “We were talking about the nervous system, and it seemed like there were an awful lot of question marks about things,” he remembers. Dr. Prestigiacomo was intrigued by the unknown and asked his teacher if he could come in on a Saturday to dissect the cat’s brain. Decades later, he still warmly remembers her name, “Ms. Lamour, God bless her, said, ‘Yes, fine.’”

Dr. Prestigiacomo checked out a few books from the library on anatomy of a cat and headed into school that Saturday. “I borrowed my dad’s carpentry instruments; I never told him what it was for,” he says with a sly smile on his face.

He managed to harvest the cat’s brain. “That kind of clinched it for me,” he remembers of his decision to go into neurosurgery.

Besides his undergraduate education, Dr. Prestigiacomo spent his entire education and career in and around New York City. Coming to Cincinnati, was a big, welcome change. “Cincinnati has everything a big city has, except people here like to smile,” he says.

After spending decades training and practicing in vascular surgery, endovascular surgery and radiosurgery, Charlie Prestigiacomo, MD, is one of 3 neurosurgeons in Cincinnati to do what he does, and he says of it, “I think I’m the lucky one.” He’s referring to being the only endovascular neurosurgeon at an academic center like UC Health, where he has the opportunity to collaborate with expert endovascular neurologists and partners, Drs. Peyman Shirani and Aaron Grossman, and veteran open vascular neurosurgeons, like Drs. Mario Zuccarello and Norberto Andaluz . “If I have a difficult situation, I can bounce it off of a number of individuals and come up with the right solution for the patient,” he explains of UC’s multi-disciplinary approach.

He thinks this is the best kind of method for the patient saying, “When I make the decision for a patient on a complex problem, I am confident that there really is no other option.” 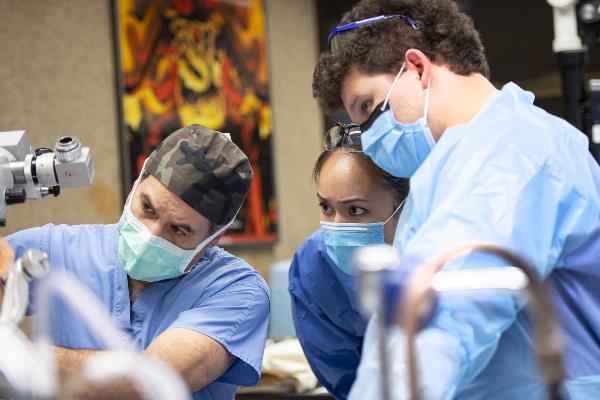 Since joining UC’s neurosurgery department in 2018, Dr. Prestigiacomo has played a major role in bringing the region’s first mobile stroke unit to Cincinnati. He is also the co-creator of Advanced Anatomy of the Head and Neck. It is a course offered to all 4th year medical students at the University of Cincinnati College of Medicine.