Visit Introduction by Cynthia Betcher, ERC Interdisciplinary Field Experiences Coordinator
On August 21, 2020, the ERC students had an interdisciplinary virtual field experience. Due to safety recommendations related to COVID-19, an onsite visit was not possible in fall, 2020, so Riverview Coal Mine of Alliance Coal, graciously offered a virtual walkthrough of an underground coal mine. General Manager, Ken Ford, hosted the tour assisted by Kim Humphrey. The morning began with introductions followed by an overview and history of Riverview Coal and a discussion of the gradual development of a safety culture at Riverview over a period of years.

The virtual walkthrough was a valuable learning experience for all participants and our hosts answered numerous questions to promote student learning. Each student participant or participant partner group contributed to the ERC blog by composing a summary of a portion of the virtual visit. 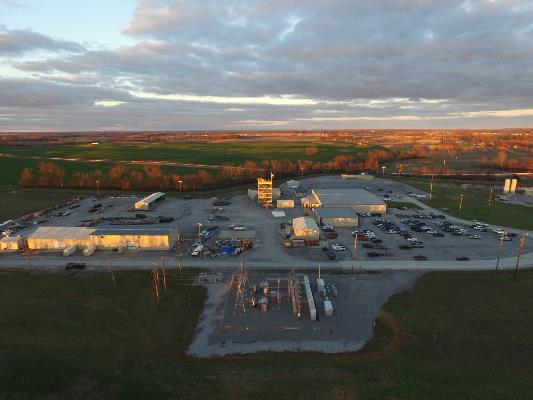 Coal is a non-renewable natural resource that is typically found in various depths under the earth's surface. It is primarily used as a fuel in power generation. Producing coal is an extended process that includes applying large amounts of pressure on various decaying debris over thousands of years. This process creates what is known as a seam of coal. There are four main types of coal: Lignite, Bituminous coal, Anthracite and Sub-bituminous, each taking different amounts of time and pressure to develop. Different types of coal are desirable for different burn times and heat production.

Regardless of the type, coal is typically processed using a standard mining process. On August 21, 2020, River View coal mine was virtually toured to explain their “room & pillar” method. At River View, coal is extracted from a production unit which sits about 400 feet underground and is about three football fields in length. Coal is removed using automated miners that crush the coal to remove large lumps and create a more desirable product. The coal is then transported from the miners by car to a conveyor belt that brings the coal back up above the surface of the earth and into the processing plant. Once in the processing plant, coal is then separated to remove the non-combustible rocks from the desired coal product. The waste from this process is transported to a settling pond. River View adds magnetite the water to increase the specific gravity to allow the rock waste to settle to the bottom and allow any residual coal that was missed in the first separation to float to the top and be collected.

Once separated from the rock the coal is washed and dried. It is then piled into a storage area that sits above an underground tunnel that allows the coal to be loaded onto barges on the Ohio River to ship the desired customer.

Coalmines have hazardous substances, chemicals, and materials that can take on many forms and pose a variety of worker safety issues. Underground coalmines sometimes contain gaseous materials such as methane, which is a natural gas located underground. Methane, although useful for creating energy, can be hazardous to the workers who are within the underground mine. Workers work with machinery that drills into rock/coal formations to pick up coal. The oxygen levels must be maintained for workers to breathe within the coalmine. If the oxygen levels are within a specific range, there is a specific concentration of methane in the air, and a piece of machinery sparks on a rock/coal formation, it will result in an explosion or conflagration.

Coal dusts used to be a massive problem in the coal industry. As laborers would extract coal from a rock formation, dusts would aerosolize into the air. Workers would then breathe dusts that result in subsequent adverse health effects. The condition that coal miners used to receive from coal dust inhalation is commonly known as black lung. In order to curb coal dusts that go airborne, this particular coal mine utilizes machines that pull the dust into a chamber where water is sprayed. This prevents the dusts from aerosolizing even further. There is one detriment to using such a method, as it creates an acid solution that could be potentially hazardous for both workers and the environment. In order to mitigate against worker or environmental harm, the company has two methods of managing the waste stream. If the coalmine is deep enough, then it is generally safe to allow the water to sink into the ground as no groundwater, food source, or environmental medium will be greatly affected. If the coalmine shaft is not deep enough, then wastewater will be pumped out of the mine to be dealt with in a safe manner.

Virtual tour of River View unground coal mine: Planned gradual progression of underground mine by Yao Addor and Isaac Ametepe

This Friday, August 21st, 2020, UC ERC students and faculty had a virtual tour of the River View coalmine, Kentucky, as part of the interdisciplinary field trip experience. This coalmining company is part of the Alliance Resource Partners. After a presentation on the company and the mining processes, participants enjoyed a virtual tour of the underground mine through narration of photos and video clips. It was a great learning opportunity.

One aspect we were curious about was the planned gradual progression of the underground mine. In fact, the mine is exploited gradually, one area after another. The excavation is executed in alleys, in such a way to leave columns that support and prevent the ceiling from collapsing. Old exploited areas are sealed with thick walls, allowing more sufficient and efficient ventilation in new areas.

Our takeaways are the following:

Yao:  I was impressed about the range of safety measures in place to keep workers safe.

Isaac: I was impressed about the whole infrastructure of the coalmine. 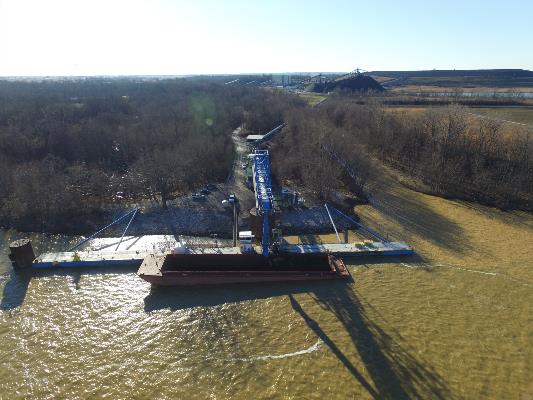 Overview of History of River View Coal Mine

River View Coal LLC (RVC) is a coalmine situated in Morganfield, Union County, Kentucky in the United State of America. It is a subsidiary of Alliance Coal LLC. RVC started operation in 2009 and currently employs 853 people, and 936 at peak. It has an annual production of 19.1 million tons of raw coal that equates to 11.3 million tons of saleable coal. RVC produces more than a third of Kentucky’s total coal production.

One of RVC’s main goals is safety for all employees. The mine utilizes a behavior-based safety approach which they labeled ASAP (A Safety Awareness Process) and is based on the DuPont Bradley Curve principles, but tailor made to meet the needs of RVC. This model is based on behavior and belief. It promotes stimulation of behaviors that influence positive outcomes. The outcome of whether one gets injured or not while doing a task will influence the belief of how a task must be completed safely. Senior managers and supervisors have invested many training hours of all employees to try and mold behaviors that do not put anyone in danger, and over time this has created a culture of safety. Overall, RVC’s safety record is higher than the national safety record for all coal mines.

The purpose of any ventilation system is to regulate temperature and continuously dilute/direct gas and dust to areas of minimal worker exposure referred to as “worked-out areas.” An important component of the system is the ability to dilute methane gas. This gas is highly combustible between the levels of 5-15% air concentration and can cause coalmine explosions. MSHA requires that methane gas levels remain below 1% total air. Other gas levels regulated are as follows: Coal dust (<2mg/cubic meter), oxygen (19.5% or higher), carbon monoxide (<50 ppm over 8 hrs), carbon dioxide (<5000ppm).

The Riverview coalmine reported strict adherence to the standards set by MSHA and attributes part of this success to their ventilation system. The company utilizes a method referred to as bidirectional ventilation. This system complements the company's mining method of “room and pillar” mining.

The bidirectional ventilation system uses fans to bring the air in from the surface initially through the center of the operation. The air is then guided to the left and right side of the mining area and brought back to an intake where the air is removed through a filtration system. Large “curtains” are placed between pillars longitudinally to guide the airflow along the outer walls and prevent leaking of air back into the center of the mine.

Of note, the coalmine operation at Riverview coal covers an area in width equal to three football fields. In order to allow sufficient ventilation, fans need to move enormous volumes of air. The cost of electricity to do this accounts for a majority of the electrical power cost of the mining company. This would explain the high electrical bill discussed during the tour.